Russian News of the Times: Trump's Loyalty to Russia Under Investigation 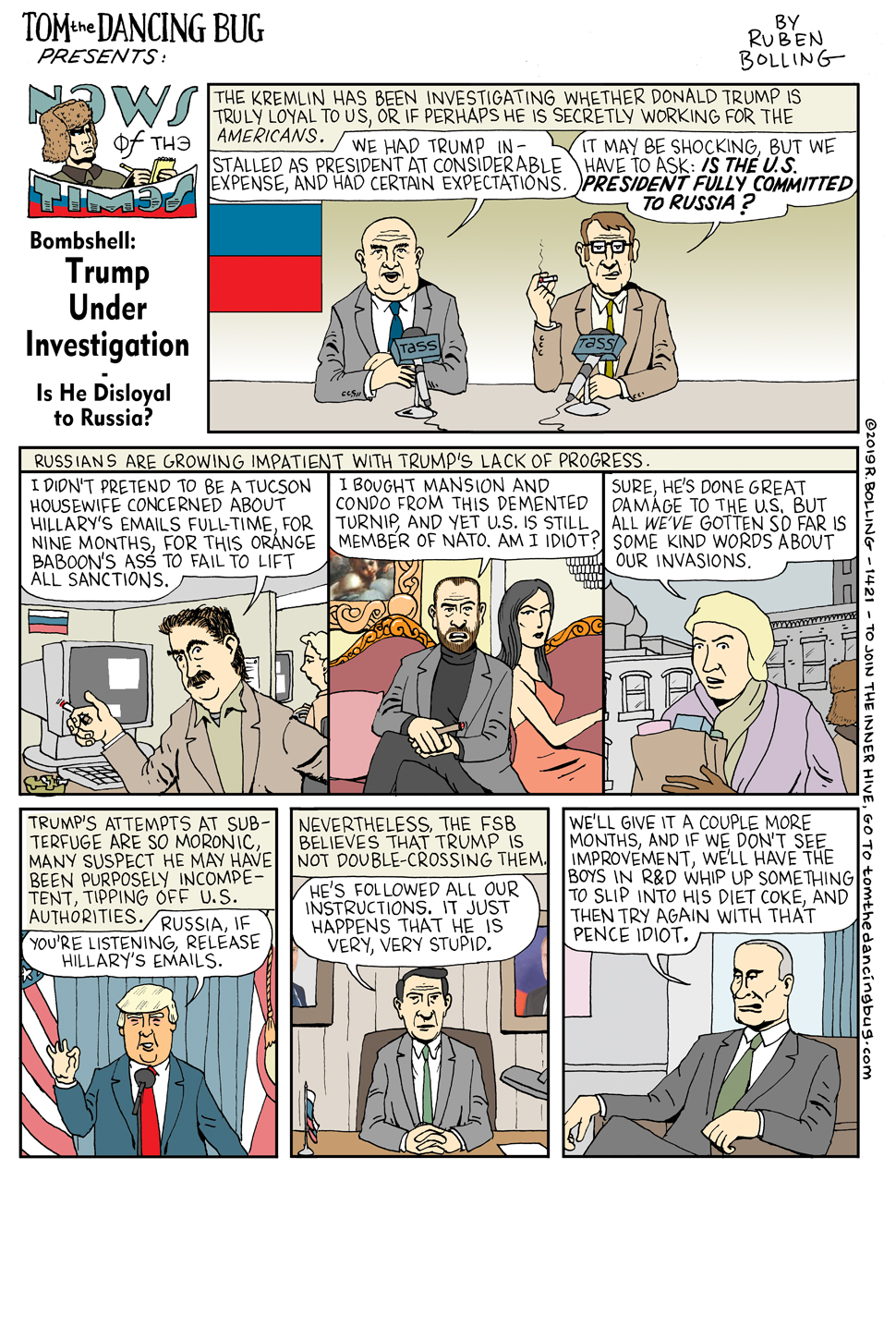 Tom the Dancing Bug, IN WHICH the shocking question is asked: Is it possible Trump isn't fully loyal to Mother Russia?