Privatized energy utilities are burning down their states, but antitrust can make them stop 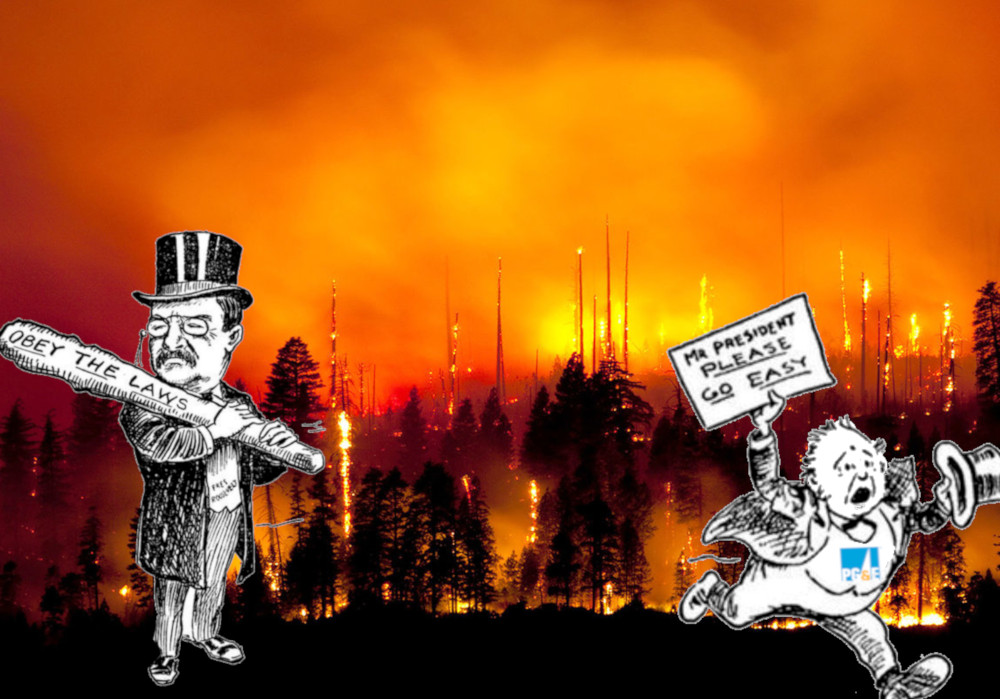 Pacific Gas and Electric has gone from Wall Street darling to bankruptcy, thanks to the $30 billion in liability from the fires that were started in California by its power-lines.

But while any long-haul, high-voltage line carries some risk, especially in a tinder-dry, drought-ravaged, climate wracked region of California, the fires were not inevitable. Back in 2007, San Diego Gas & Electric was held liable for the Witch Fires and was forced to adopt measures to prevent fires. They worked. And PG&E had not adopted any of them.

The difference? PG&E is a behemoth, whose lobbying might was a match for any regulator who attempted to bring it to heel: its ability to pay dividends to the investors who flocked to it was at odds with the need to spend big on fire-safety. But letting PG&E get away with (literal) murder was bad for everyone: the Californians who lost their lives, homes and property, and the investors who are now stuck with shares in a bankrupt company.

History shows us how to cope with these problems. In the heyday of the railroad barons, trains would start fires wherever they went, thanks to the sparks flying out of their chimneys and off of their brakes. But as trustbusting became the norm and the railroads lost the ability to bully their regulators, they came to heel and made the necessary investments to make their engines safe.

The policy levers that are available to us when companies get to choose whether they are willing to be regulated and how are weak and unsuitable. But once companies become accountable to regulators, we can divert money away from their investors until they make their products and services safe for the rest of us.

Utilities know full well how to manage their risk. Both Pyne and Hill point to San Diego Gas & Electric, which regulators found liable for the Witch Fire of 2007, as a model of current safety practices. For instance, it created a weather center that monitors for fire conditions. “They created a new industry standard that has been ignored by PG&E almost in every regard," says Hill. "Ignoring those basic practices I believe resulted in the fires of 2017 and 2018.”

In the long term, though, the solution may be for communities to become more independent about their power. It’s not hard to foresee a future (however far off) in which electricity is much more decentralized: Instead of power coming from massive plants dotted throughout California, neighborhoods could establish their own hubs, using solar or wind power to charge large batteries throughout town. Outfitting your home with solar panels still ain’t exactly cheap, sure, but that price will continue to drop as the technology evolves. And decentralization in California very much depends on PG&E’s fate: If the state ends up breaking the utility into smaller entities, that might make things easier.