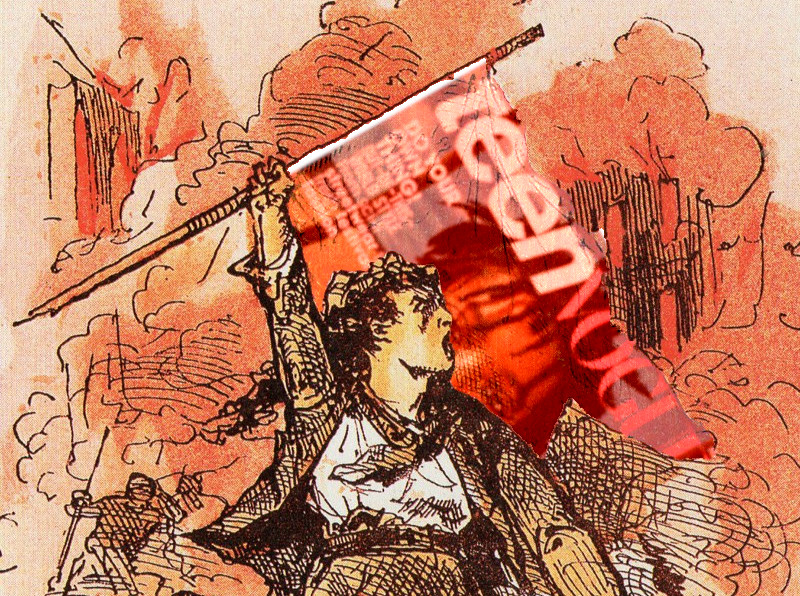 Teen Vogue continues its excellent tradition of radical reporting with Lucy Diavolo's explainer on the definitions and relative merits and demerits of "resistance," "rebellion" and "revolution."

Resistance: "Something that we do or can do every day, that we can do in a multiplicity of ways...not babbling about Russian interference on MSNBC every single day of the f*cking week." (George Ciccariello-Maher)

Rebellion: "A more explosive, momentary instance, in which resistance takes a more concrete, combative form in the streets, in popular protests — crucially, I think historically, in riots, whether it's Ferguson and Baltimore or the many riots that have put into motion political transformation historically...The moments that really crystallize something that needs to be changed, and transform consciences of millions of people in a relatively quick period of time," (George Ciccariello-Maher)

Revolution: "A wholly different plane [from resistance and rebellion]: When you're talking about revolution, you're talking about the complete and utter transformation of society and the way that it functions. And we haven't witnessed that... I do think it is possible, and we don't have a choice. We don't have forever to try to figure this out" (Keeanga-Yamhatta Taylor)

Resistance, Rebellion, Revolution: What They Are and How They Intersect [Lucy Diavolo/Teen Vogue]