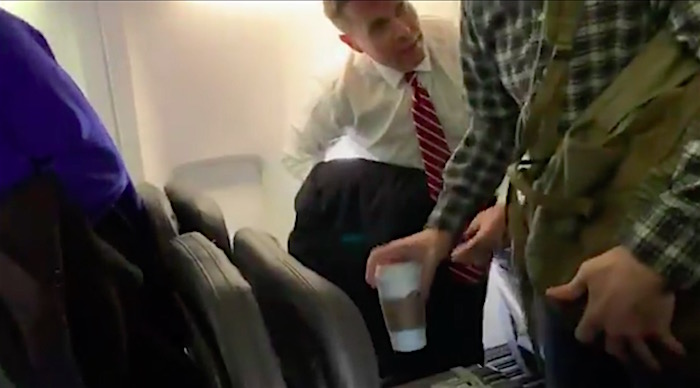 "Congressman, do you think it's appropriate to fly first class while 57 TSA agents aren't being paid?""

"Taking that as a yes…Taxpayers paid for this flight? Fair enough," the passenger says.

*(The office bought him a coach ticket but he got upgraded for free because of how frequently he flies–on taxpayer dime)https://t.co/4UFdhVoUHP pic.twitter.com/Qmfi8dQpFE

Via Huffington Post, who first obtained the video from the unidentified passenger.

While the limping United States suffers its highest unemployment rate of 11.1% since the Great Recession, with nearly 18 million people out of work, Ivanka Trump offers us some sage advice: "Find something new!" Oh, right! Of course, why didn't anyone else think of that? And perhaps they can eat some cake while they're at […]