Photographing computers to show the art inside the black box 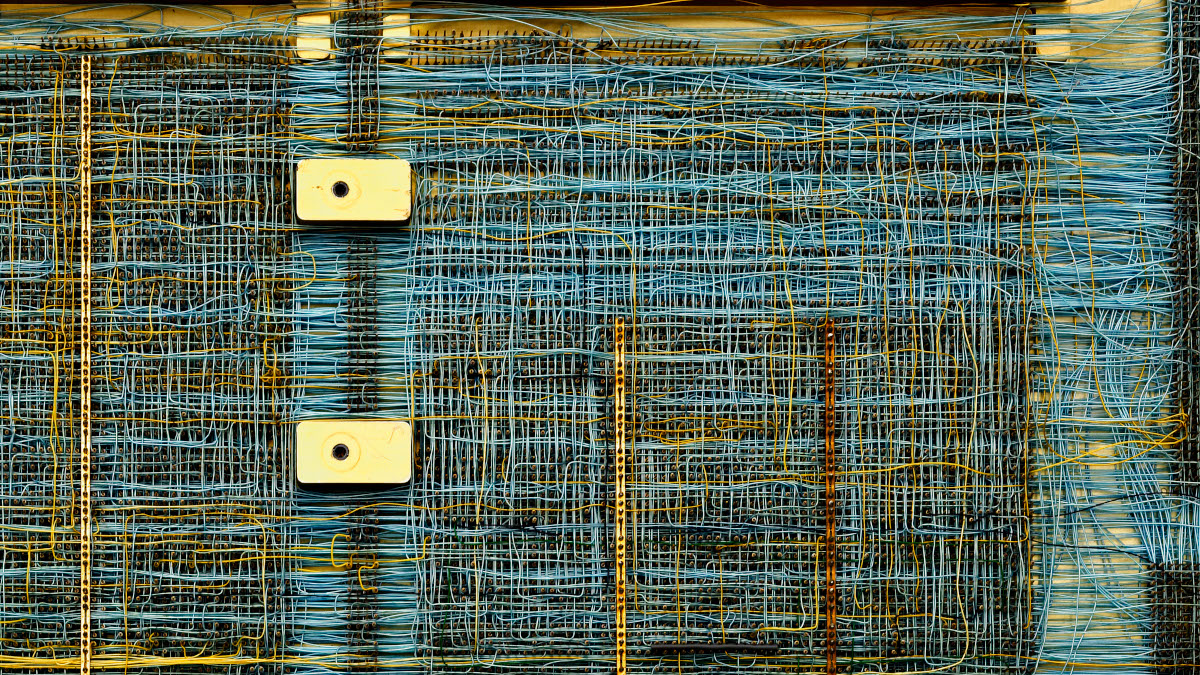 [Editor's note: I was utterly taken with the gorgeous photos in the new edition of Core Memory, photographer Mark Richards and writer John Alderman's lavish survey of the vintage computing hardware in Silicon Valley's gem, the Computer History Museum; below is senior curator Dag Spicer's introduction to the book, along with some photos, which the publisher was kind enough to supply -Cory]

What computers mean to us depends largely on what we bring to them. Our expectations, our past experience, the dreams and myths that surround them, their physical characteristics—all these aspects resonate on multiple, often overlapping levels.

One level is aesthetic. Many nonspecialists in the computer arts enjoy these machines for their visual appeal and curiosity. Nearly everyone, regardless of technical background, can appreciate the intricacies of a computer’s mechanical design, its rows of switches and blinking lights, its often ungainly proportions, and the personal con- nection they feel when they recognize the first computer they used.

A second level is important for specialists. People trained in computer science or electrical engineering bring the additional dimension of how these objects illuminate abstract principles of computer architecture and the ideas immanent in their design—ideas that give us insight into the minds of their designers and the challenges they faced.

A third level is the historical trajectory of these objects: how they were financed and why, what problems they were trying to solve, and the mistakes made and dead ends encountered by their designers. We learn a lot by understanding these human elements and how they shaped historical and technical factors into stable artifacts, in turn stitching together the fabric of today’s information-based society.

Each of these three levels can be applied to all artifacts of human culture, from the earliest bone tools of Australopithecus more than two million years ago to the most advanced modern operating systems of today. With time, items with complex overlapping levels of interpretation like these can eventually collapse into her- metic objects, or “black boxes.” For this reason, curators and museums, through their exhibitions and programs, are necessary. Without them, there isn’t direct communication with the viewer, no mechanism for teasing out these levels. Without them, there is no longer an understanding of how something was developed—only the object itself, uninterpreted, or, conversely, only secondary sources and no object, like Hamlet without the Prince.

The Computer History Museum is home to the world’s largest collection of computer artifacts and serves as a way station for us to catch our collective breath by opening these black boxes. It does this by paying attention to the three interpretive levels described above. The museum carefully preserves the artifacts themselves (aesthetic); explains their technologies and context (technologies); and relates how they came into and, ultimately, out of being (historical).

Mark Richards’s wonderful photographs capture the fascinating machines in the museum’s collection from a hyper- aesthetic viewpoint, while John Alderman’s text speaks to their unique historical context. The period covered in this book spans from the first giant machines—such as the room-filling ENIAC—to very recent personal computers.

Today, the compaction of transistors into ever smaller spaces has made available to almost anyone the computer power that formerly was the preserve of well-funded institutions. This has, in turn, transformed computers from 9 number crunchers into generic platforms for visualization, entertainment, and communication, mediating almost all of our interactions with the modern world. Billions of computations and logical operations still take place every second inside the black box, but the fraction of computers used as supercalculators gets smaller with every TiVo, iPod, cellular phone, and car sold. It is information, not only mathematical results, that is produced, exchanged, and transformed, becoming the very lifeblood of the twenty-first century as oil was in the twentieth and steam was in the nineteenth.

How do we make sense of all this?

With historians still debating the impact of the French Revolution more than two hundred years ago, it seems unlikely that we shall be able to digest fully the impact of the computer—barely fifty years old—for a long time to come. We are simply too embedded in its history, and it in us—from the moment we are born to our last breath. But we should still try. Reflecting on computers as visual milestones, as this book enables us to do, allows us to step back and appreciate them in a different context, one with a deep and rich history, rather than as objects isolated in time with no connection to what has gone before them.

Computers, like all artifacts, are made by people and reflect their strengths and weaknesses, their brilliance and their follies. I hope that as you enjoy this book, and the unique interpretive lens of Mark Richards and the essays by John Alderman, you will discover computers as objects of beauty that also mirror the human condition in all its richness, struggle, and creativity.