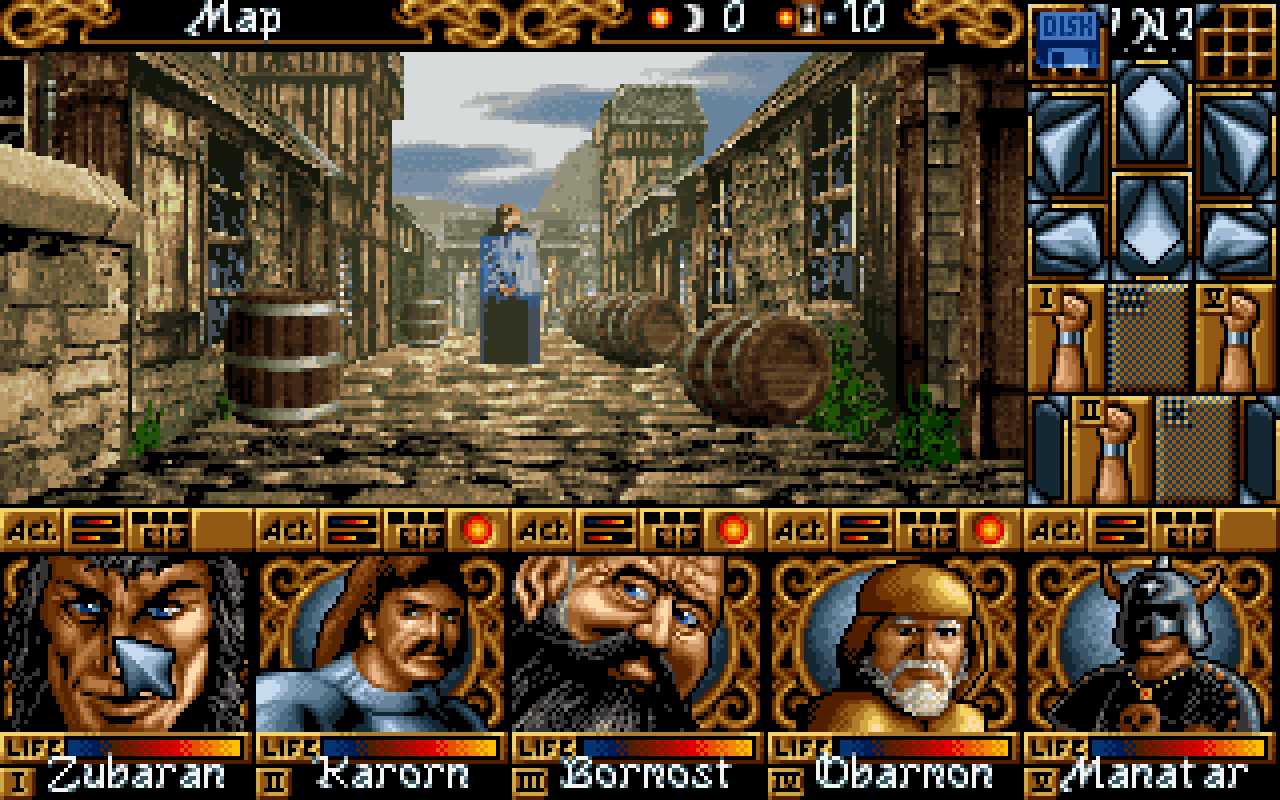 The Digital Antiquarian offers a potted history of 1990s-era dungeon crawlers: the first-person kind that plays out in real time, but restricts players to movement on a grid to keeps things doable on the era's limited hardware. They were soon outmoded by free movement in three dimensions, but have become a cult subgenre that thrives to this day.

It was easy and natural in these games to control a whole party of characters moving in lockstep from square to square, thus retaining another of the foremost pleasures of turn-based games like Wizardry: that of building up not just a single character but a balanced team of them. In a free-scrolling, free-moving game, with its much more precise sense of embodied positioning, such a conceit would have been impossible to maintain. And much of the emergent interactivity of Dungeon Master‘s environment would also have been impossible without the grid. Many of us still recall the eureka moment when we realized that we could kill monsters by luring them into a gate square and pushing a button to bash them on the heads with the thing as it tried to descend, over and over again. Without the neat order of the grid, where a gate occupying a square fills all of that square as it descends, there could have been no eureka.

Pictured here is of one of the Ishar series, missing from TDA's roundup, perhaps due to its obscurity outside of Britain and France. It was the high point of the genre's golden age, the best and worst of it, and I fancy you can tell from just one screenshot.