Noise-cancelling pillow for bedmates of people who snore 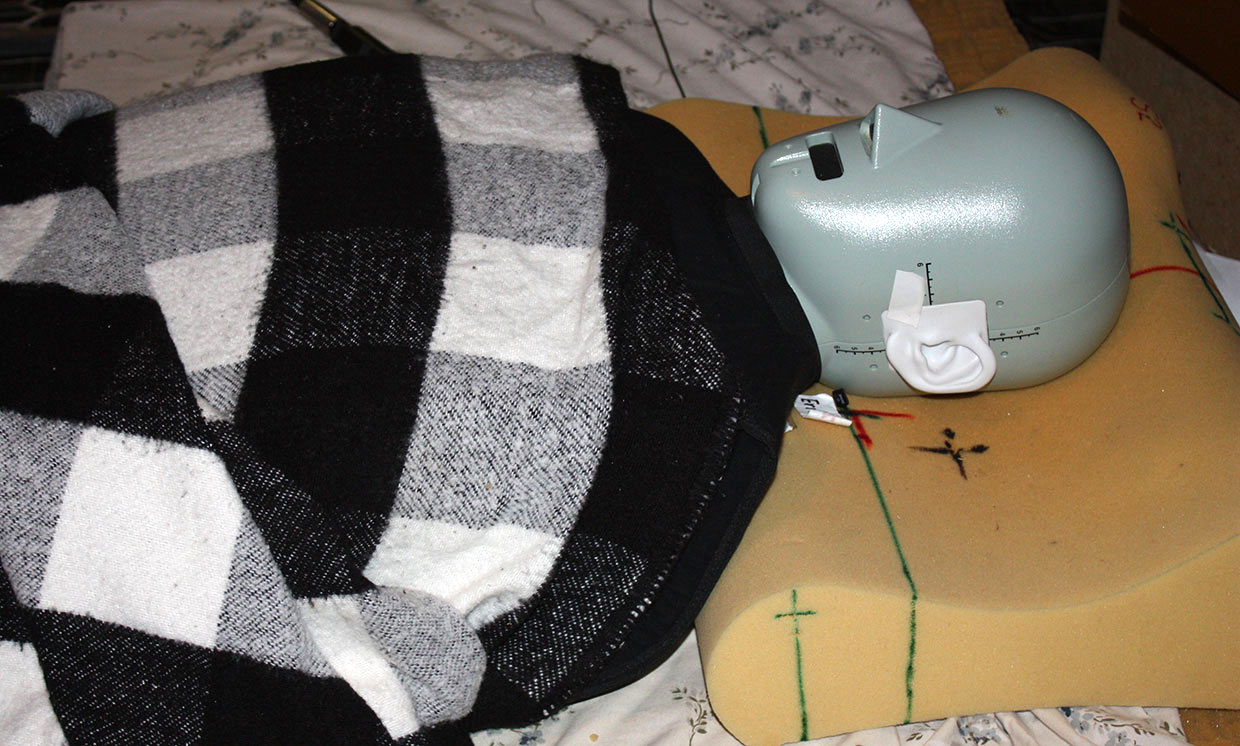 Northern Illinois University researchers have designed a noise-cancelling pillow for people who sleep near loud snorers. It works using the same principle as noise-cancelling headphones but with an adaptive algorithm that changes with the snore. Noise-cancelling headboards have been available for some time, but according to electrical engineering professor Lichuan Liu who led this new research, they're bulky and limited in their efficacy because the "quiet zone" isn't right near the sleeper's ears. From IEEE Spectrum:

(The new approach) involves an adaptive filter that receives two input signals—snoring signals, which are detected by a reference microphone, and residual noise (errors), which are detected by two error microphones. Based on these inputs, the adaptive filter then generates the appropriate antinoise signal, which is emitted by two speakers within the partner’s pillow.

“Since each snorer’s snore signals have their unique time-frequency characteristics, it is essential to design an adaptive LMS algorithm for the best cancellation performance for different snore signals,” says Liu. Thanks to the adaptive LMS, the filter in this system can adjust to the length of an individual’s unique snore, and respond to subtle changes in its acoustic characteristics...

Moving forward, Liu and her colleagues plan to use machine learning techniques to recognize the snore signals that are indicative of sleep disorders, for better screening and monitoring purposes.