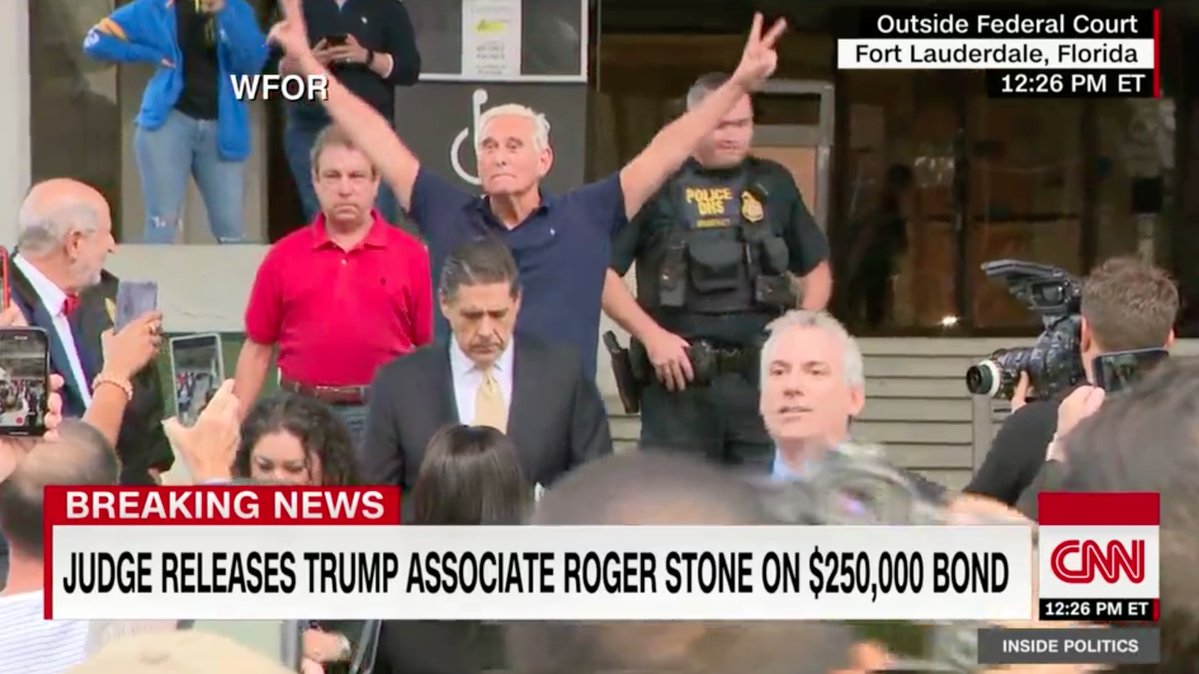 Roger Stone, the former Trump advisor arrested this morning and charged with obstructing justice and witness tampering, was released on a $250,000 bond after his preliminary hearing. Here's a shot of him leaving the federal court in Fort Lauderdale, Nixon fingers akimbo. [via]