KFC's new 'Cheetos Sandwich' not my first choice either 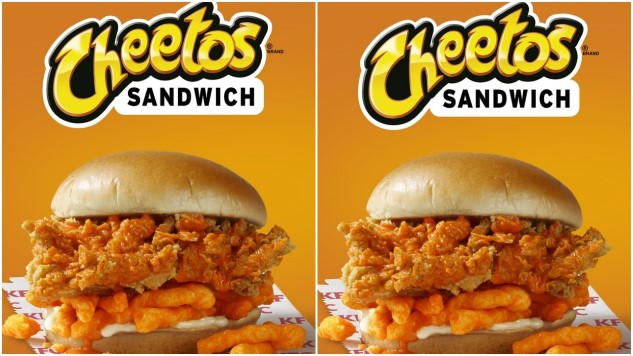 A magazine named after something kids shouldn't eat REALLY hates on a sandwich.

And then you see something like KFC’s new Cheeto Sandwich, and you remember how it feels to take one look at a promotional image and feel the tiniest bit of vomit rising in the back of your throat.

Good god, KFC. What hath science wrought on this one?

KFC started running this TV and online ad in Australia a few weeks ago, but they’re now apologizing. The ad shows a young woman adjusting her shorts and breasts while checking out her reflection in a car window, until the window rolls down and reveals two young shocked boys staring at her with their mouths […]

I remember the urban legend of rats from my youth. Engadget shares this nugget: Plant-based meat substitutes may soon be an option for fast food chicken. CNBC reports that KFC will start testing Beyond Fried Chicken at an Atlanta restaurant on August 27th. Yes, you could grab a bucket of chicken without feeling quite so […]