Puzzle: Can you spot the criminal danger in these three pictures? 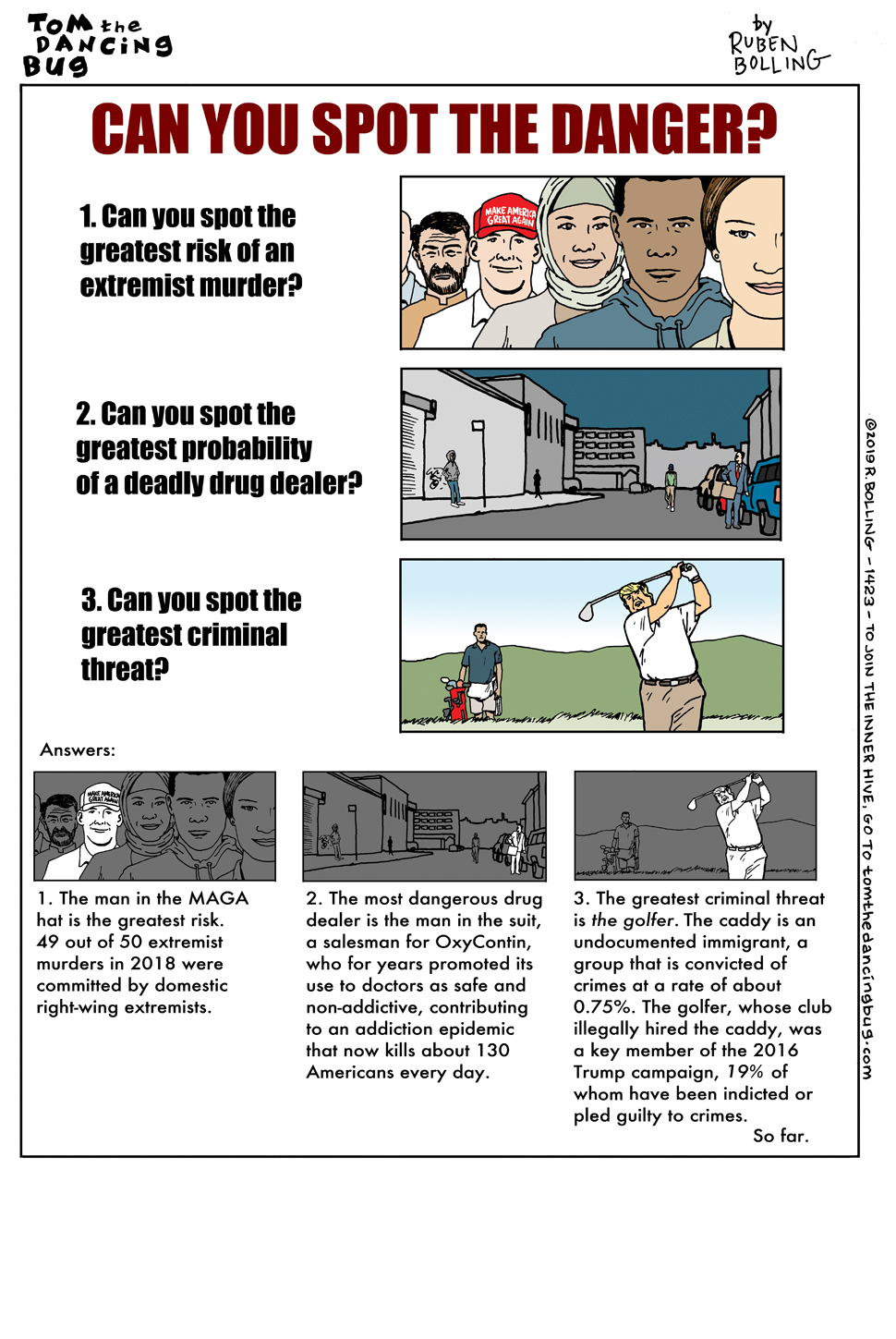 Tom the Dancing Bug, IN WHICH you are asked to spot the criminal danger in various scenarios.