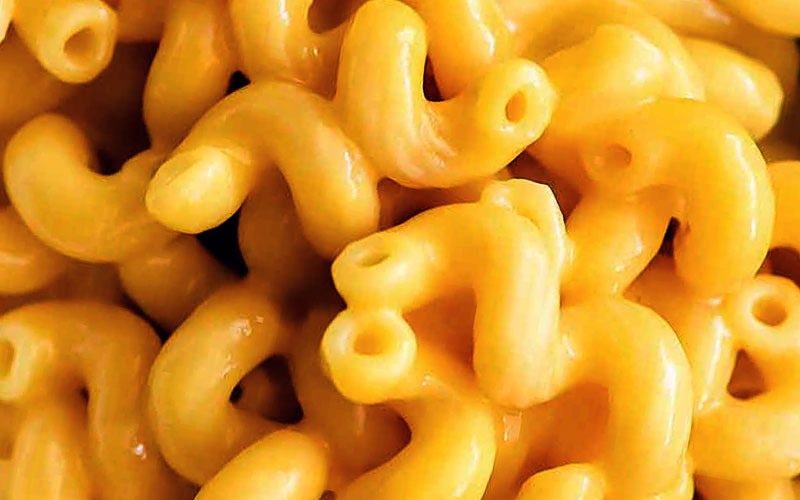 Maura Judkis presents the Washington Post's roundup of 20 different store brands of mac 'n' cheese. Which is best and worst?

We bought 12 frozen microwaveable mac and cheeses, and eight dry boxed brands with either powder or liquid squeeze cheese sauces. We prepared them according to the instructions, even though we knew some of them could probably be jazzed up with a little extra butter. In a blind tasting, a small panel of colleagues judged both the frozen and dry boxed versions of each product according to their taste and cheesiness — and those scores did not necessarily go hand-in-hand! Some brands that ranked high on taste were low on cheesiness and vice versa.

Market leader Kraft doesn't come out well. Best line, though, goes to the judge's review of Amy's: "it tastes like the color gray."