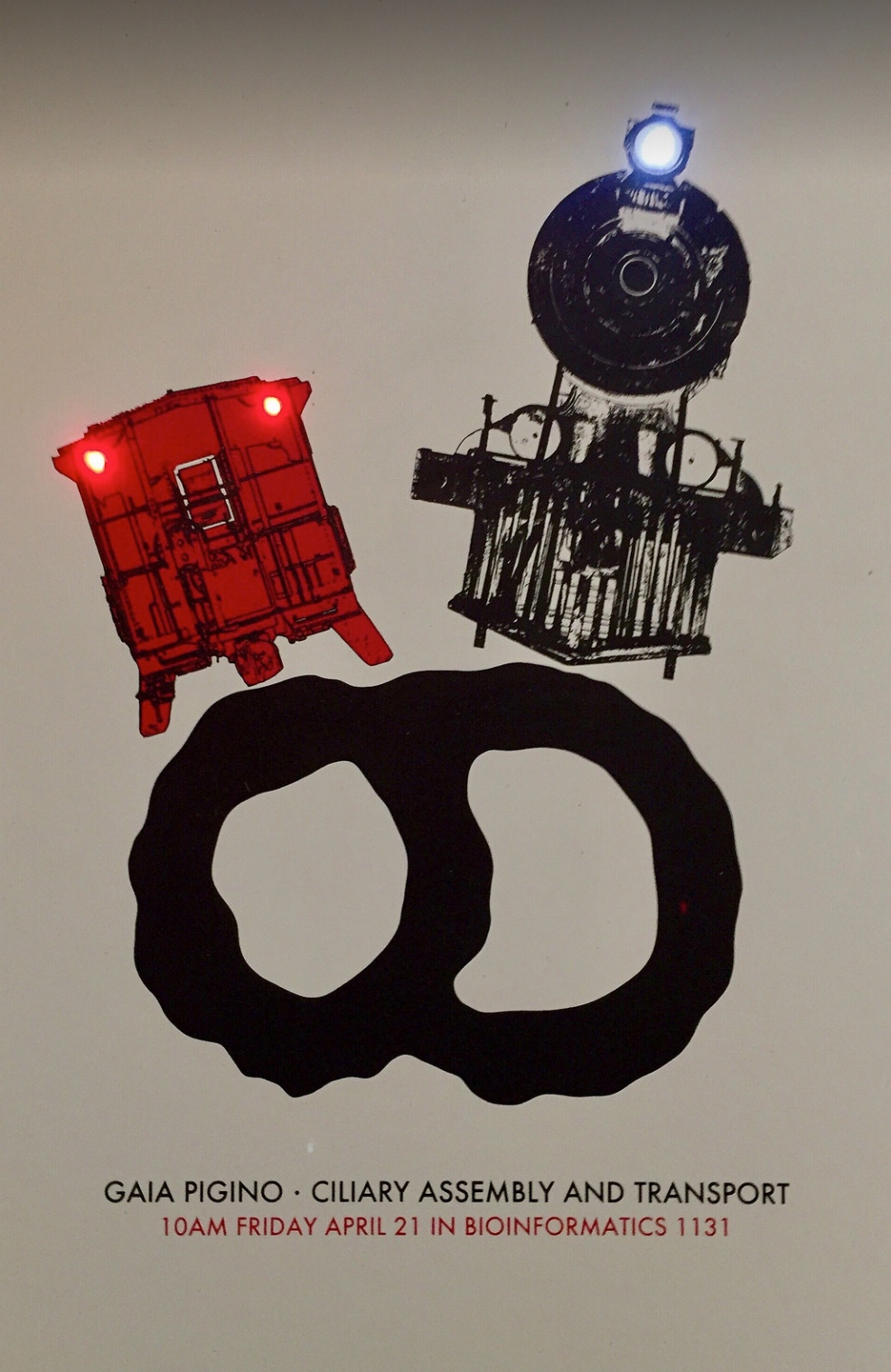 Bob Goldstein, a professor of cell biology at the University of North Carolina at Chapel Hill, is also a talented graphic designer who creates fantastic "Gig Posters for Scientists" who lecture at the university. These days, Bob and his son do their own screenprinting too! Above:

12.5x19 inch hand screenprinted gig poster for distinguished scientist visiting UNC Chapel Hill. This one's got lights... LED lights are powered by 3V lithium-ion button cell batteries that were taped to the back of each poster. Image is based on results reported in this cool paper that showed that doublet microtubules are 2-lane highways. Locomotive image modified from this photo by priceman141, caboose modified from this photo by Roy Winkelman via ClipPix.