A college student thinks she hears a ghost, but it turns out to be a gentleman hiding in her closet 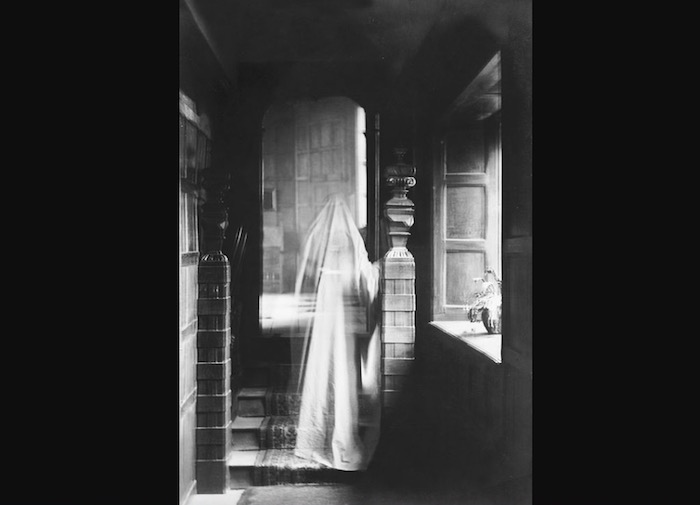 A college student in North Carolina heard rattling in her closet that sounded like a raccoon, but she thought it was a ghost. She'd had other strange things happen in her apartment, like finding strange handprints in her bathroom, and having some of her clothes disappear. She worked up the courage to ask through the closet door, "Who's there?"

And someone answered back, "Oh, my name is Drew."

Turns out a 30-year-old gentleman was hiding in her closet, wearing her clothes.

As horrifying as the whole thing might be, Maddie—who has declined to reveal her last name—apparently didn't think [Andrew] Swofford posed any sort of immediate threat. She reportedly kept up a conversation with him and let him roam around her home while she called for help.

“He tries on my hat," she said. "He goes in the bathroom and looks in the mirror and then is like, ‘You’re really pretty, can I give you a hug?’" According to Maddie, he never actually tried to touch her.

When Maddie's boyfriend arrived, Swofford took off, but was arrested at a gas station shortly after.

Strangely enough, this wasn't the first time she's had an intruder in her place. In December she found two men in her living room. This might explain the mysterious handprints and missing items. And in both cases there were no signs of entry. I'd say it's moving time.

This is Andrew Swofford. A UNCG junior got home on Saturday, to find him in her closet, wearing her clothes. @myfox8 pic.twitter.com/n4PFMhtW2b

Either it’s windy in the warehouse today, or there’s an extremely muscular poltergeist in occupation. Reagan Steiner: “A table that seems to be controlled by a ghost totally attacks this random guy”

I don’t drink wine, but living in Northern California I still end up visiting wineries in Napa and Sonoma with friends and visitors. Next time we’re headed on a wine tasting trip, I’m going to suggest we hit the spooky spots described in this Mysterious Universe guide to haunted California wineries, starting with this one: […]