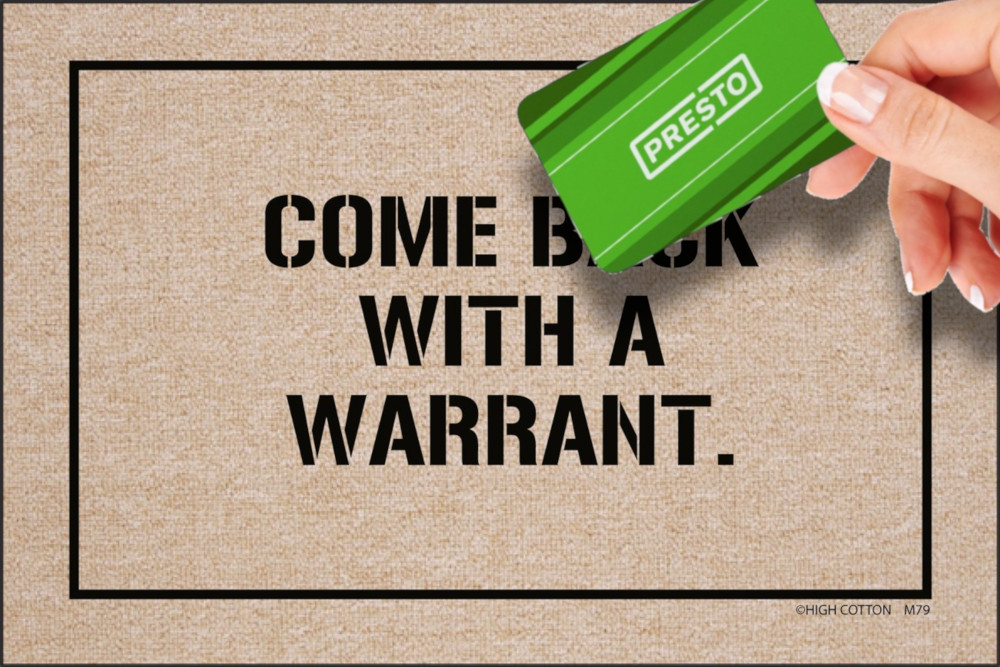 Metrolinx, the provincial agency that supplies the Presto cards used to pay for public transit rides in Toronto, has continued to hand over riders' travel history to Toronto-area cops without asking for a warrant.

Law enforcement requests to Metrolinx have mounted steadily, growing by 47% last year, and in 22% of cases, the agency handed travel history over to police without a warrant.

The Toronto Star first revealed this practice two years ago, but despite public outcry, Metrolinx continues to shun the rule of law, instead relying on what it calls "a balance" between "the commitment to protecting the privacy of Presto card users and maintaining the safety and security of the transit system and its passengers."

Metrolinx has made good on its 2017 promise to publish annual summaries of law enforcement requests. The data on last year's activity comes from the latest report.

Metrolinx gave information in 26 requests related to suspected offences or law enforcement investigations; and nine related to an emergency

In just four of the 26 cases related to law enforcement investigations or suspected offences did Metrolinx require a court order to share Presto users’ information. It didn’t require one in the remaining 22