How to make a decision when you are uncertain of what to do, Ben Franklin style 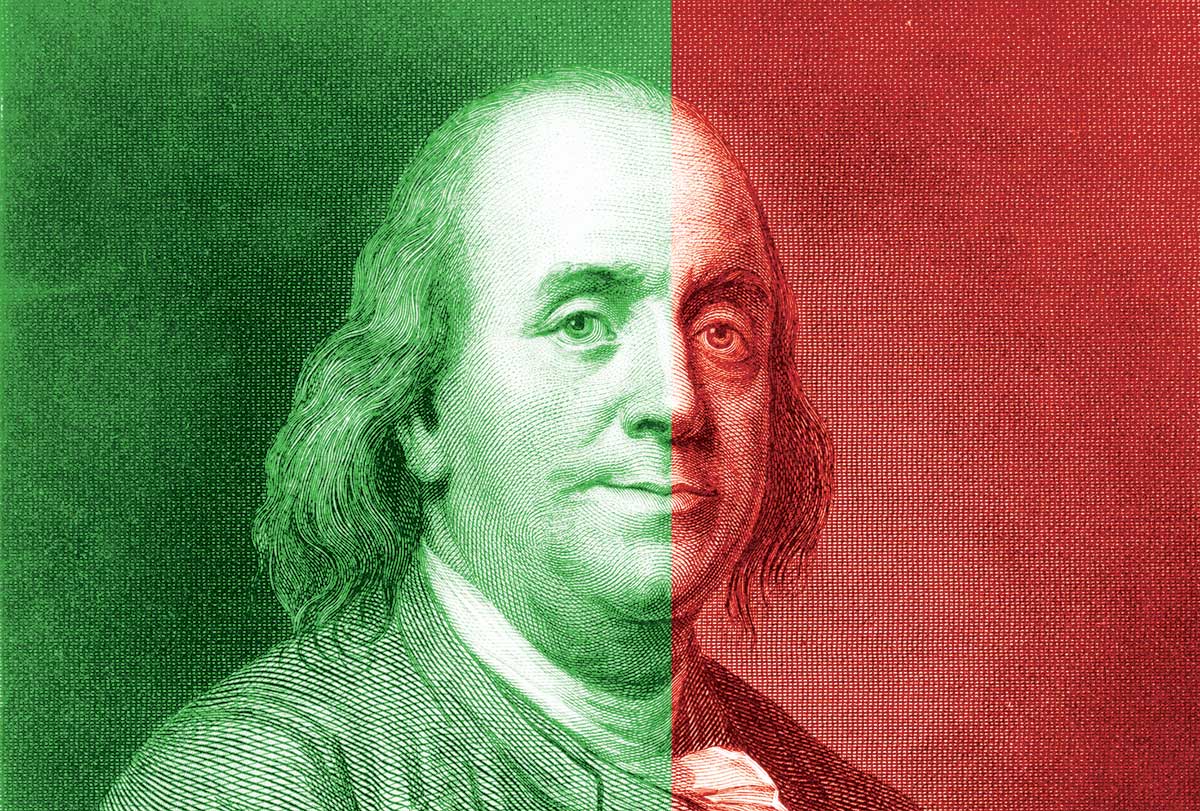 In September 1772 the English scientist Joseph Priestly had a difficult decision to make. Should he accept Lord Shelburne's offer to become his personal librarian, which paid well and would certainly be rewarding, or should he remain in Leeds, where he was comfortably settled and had plenty of interesting work to pursue?

Priestly turned to his American friend Benjamin Franklin, who offered the following weighted pro/con algorithm for arriving at a decision when faced with uncertainty:

In the Affair of so much Importance to you, wherein you ask my Advice, I cannot for want of sufficient Premises, advise you what to determine, but if you please I will tell you how. When these difficult Cases occur, they are difficult chiefly because while we have them under Consideration all the Reasons pro and con are not present to the Mind at the same time; but sometimes one Set present themselves, and at other times another, the first being out of Sight. Hence the various Purposes or Inclinations that alternately prevail, and the Uncertainty that perplexes us. To get over this, my Way is, to divide half a Sheet of Paper by a Line into two Columns, writing over the one Pro, and over the other Con. Then during three or four Days Consideration I put down under the different Heads short Hints of the different Motives that at different Times occur to me for or against the Measure. When I have thus got them all together in one View, I endeavour to estimate their respective Weights; and where I find two, one on each side, that seem equal, I strike them both out: If I find a Reason pro equal to some two Reasons con, I strike out the three. If I judge some two Reasons con equal to some three Reasons pro, I strike out the five; and thus proceeding I find at length where the Ballance lies; and if after a Day or two of farther Consideration nothing new that is of Importance occurs on either side, I come to a Determination accordingly. And tho’ the Weight of Reasons cannot be taken with the Precision of Algebraic Quantities, yet when each is thus considered separately and comparatively, and the whole lies before me, I think I can judge better, and am less likely to make a rash Step; and in fact I have found great Advantage from this kind of Equation, in what may be called Moral or Prudential Algebra. Wishing sincerely that you may determine for the best, I am ever, my dear Friend, Yours most affectionately

Priestly ended up accepting Shelburne's offer, becoming his librarian and the tutor to his sons.

I learned about Franklin's method in a book called Algorithms to Live By: The Computer Science of Human Decisions, which I recommend.