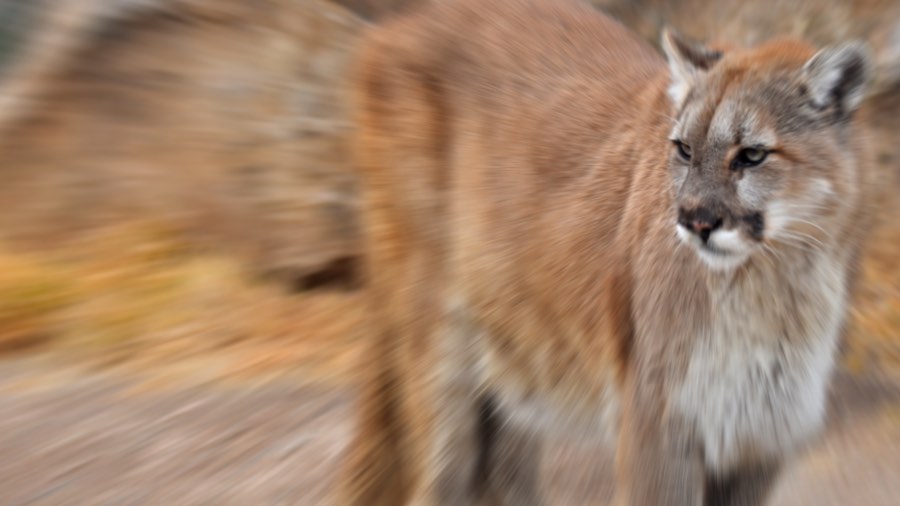 The runner wrestled with a juvenile lion estimated to weigh 80 pounds before suffocating it to death in a park west of Fort Collins.

On Monday, a runner in Colorado had an encounter with a juvenile mountain lion. The man fought off the cat, and hiked to safety where he was transported to a hospital. The human made it. The wild animal did not. Below, what happened, and tips on what you can do if you or your pets encounter a wild animal predator.

We are actively investigating a reported wild cat attack on a trail runner at Horsetooth Mountain Park on Monday afternoon, Feb 4. The victim survived the attack and is currently undergoing medical treatment at a local hospital.

He was able to fight off the cat and hike himself out to safety. As we work with Larimer County and the victim in this case to learn more, we will share additional information.

We have confirmed that the cat from today's incident was a juvenile mountain lion. Our officers are with Larimer County investigating the scene of the attack. We will share more details are we get them from the field.

Yesterday afternoon, a trail runner was out for a run alone in the Horsetooth Mountain Open Space area outside of Fort Collins, Colorado, when he was attacked by a mountain lion. The runner said he heard something behind him, and as he turned around to look, the lion attacked him from behind, biting his face and wrist. He managed to break free from the cougar’s claws and teeth, and he told investigators from Colorado Parks & Wildlife that he choked the lion to death while defending himself.

The runner apparently sustained “serious, but non–life threatening injuries” in the attack, and despite his wounds, he managed to run out of the park and get to a hospital for treatment. A necropsy of the animal this morning confirmed that the lion was suffocated.

More at The Coloradoan confirms the wildcat was killed by suffocation:

Colorado Parks and Wildlife officials confirmed the man's account of the attack through further investigation and examining the juvenile mountain lion. A necropsy was performed Monday night on the mountain lion to determine if it was sick or injured, which might have prompted the attack. CPW officials said they expect to have results of the necropsy either today or Wednesday.

The man, whose name and place of residence has not been released, was attacked Monday afternoon while on the West Ridge Trail, which is near Horsetooth Rock.

As you'd imagine, runners in the area are spooked. Again, from The Coloradoan, advice on what to do in the unlikely event you ever have an encounter with a wild animal predator:

Mountain lion attacks on humans are rare. The best way to protect yourself is to keep your distance and not approach wildlife. Use the rule of thumb: If the animal is small enough to cover with your thumb, you're at a safe distance.

If you find yourself too close to a mountain lion, CPW suggests you back slowly away if you can do so safely. Raise your arms and open your jacket if you have one. Hold small children in your arms, if you have a youngster with you. Speak calmly to the lion in a firm tone of voice.

If the lion approaches you or is acting aggressive, wave your arms and throw stones or whatever you can reach without turning around or crouching. In the unlikely event of a cougar attack, fight back with whatever you have on hand and try to stay upright.

[from Deadspin, via and headline sort of stolen from @byjoelanderson]