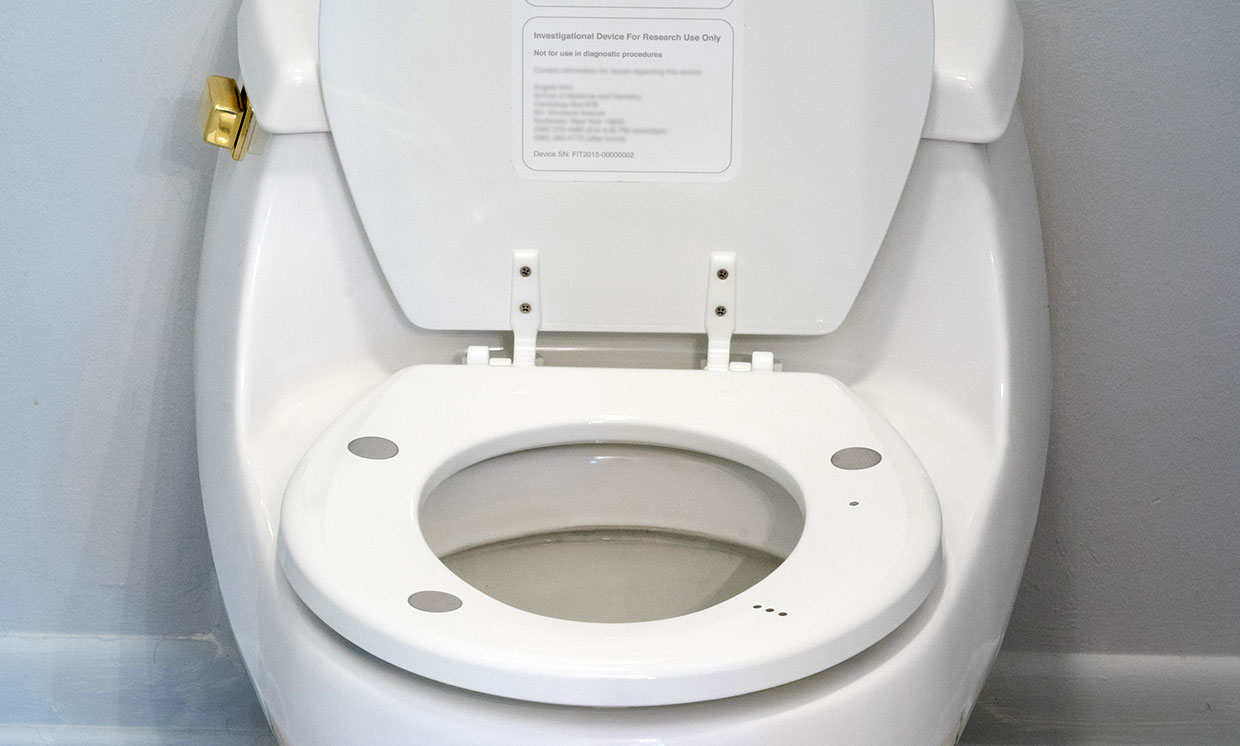 Smart toilets that analyze urine and poop in the bowl have been demonstrated for years, but now Rochester Institute of Technology engineers have integrated multiple kinds of biosensors into the toilet's seat. The WiFi-enable systems tracks EEG, blood oxygen levels, and the heart's pumping force. From IEEE Spectrum:

If the monitoring system works as expected, the device could help catch early signs of heart decline and decrease the number of hospitalizations for heart patients.

To test their seat, the team gathered blood pressure and blood oxygenation measurements from 18 volunteers in a laboratory who were instructed to sit on the seat but not urinate, defecate, or talk. Urination and defecation can shift readings since they put minor stress on the body, says Conn. While the system currently operates with algorithms that analyze signal quality, in the future Conn also plans to incorporate algorithms to identify and reject those inevitable bathroom moments from the data set. But even if a person is fidgety on the toilet and the system fails to record a clean signal, there is always the next time. “If you’re not going to pick it up in the morning, you might pick it up at night. People are going to continuously use this seat,” says (researcher Nicholas) Conn.