All of the world’s money and markets in one visualization 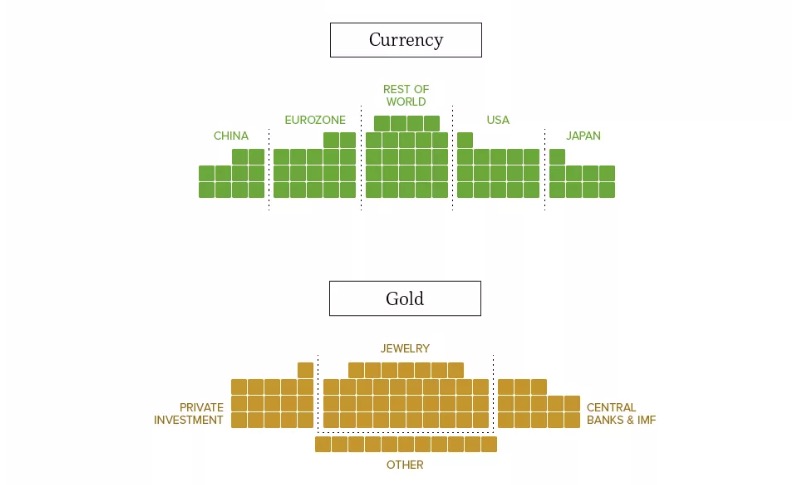 This fascinating infographic compares the values of various assets (gold, silver, cryptocurrency, real estate, stocks, and so on) by presenting each asset as a number of $100 billion squares.

All the global assets combined are dwarfed by the derivatives market.

The infographic includes this quote from Warren Buffett:

The derivatives genie is now well out of the bottle, and these instruments will almost certainly multiply in variety and number until some event makes their toxicity clear. Central banks and governments have so far found no effective way to control, or even monitor, the risks posed by these contracts. In my view, derivatives are financial weapons of mass destruction, carrying dangers that, while now latent, are potentially lethal.

(The infographic was made in 2017 when the market capitalization of bitcoin was $100 billion. It's now $60 billion.)