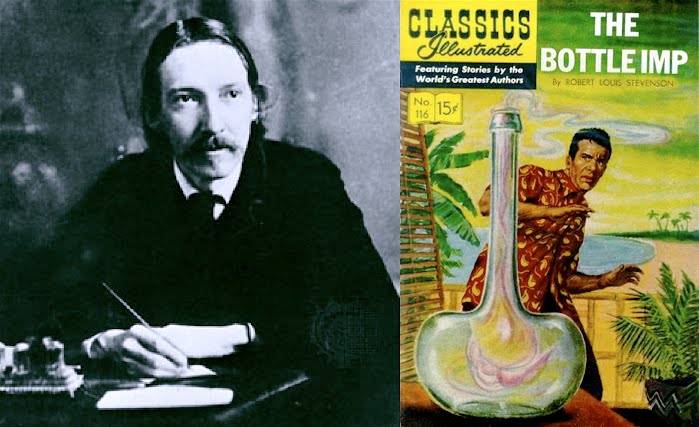 In Robert Louis Stevenson's story "The Bottle Imp," the titular imp will grant its owner (almost) any wish, but if the owner dies with the bottle then he burns in hell. He may sell the bottle, but he must charge less than he paid for it, and the new buyer must understand these conditions.

Now, no one would buy such a bottle for one cent, as he could not then sell it again. (The imp can't make you immortal, or support prices smaller than one cent, or alter the conditions.) And if 1 cent us too low a price, then so is 2 cents, for the same reason. And so on, apparently forever. It would be irrational to buy the bottle for any price.

Side note: I learned about "The Bottle Imp" after someone pointed out that a short story, "Miniature Bottle", which I wrote for the anthology Significant Objects: 100 Extraordinary Stories About Ordinary Things, reminded them of Stevenson's story.

Here's a good paradox from our friends at Futility Closet: A driver is sitting in a pub planning his trip home. In order to get there he must take the highway and get off at the second exit. Unfortunately, the two exits look the same. If he mistakenly takes the first exit he'll have to […]

From the YouTube description of this TedEd video: Imagine a police lineup where ten witnesses are asked to identify a bank robber they glimpsed fleeing the scene. If six of them pick the same person, there's a good chance that's the culprit. And if all ten do, you might think the case is rock solid. […]