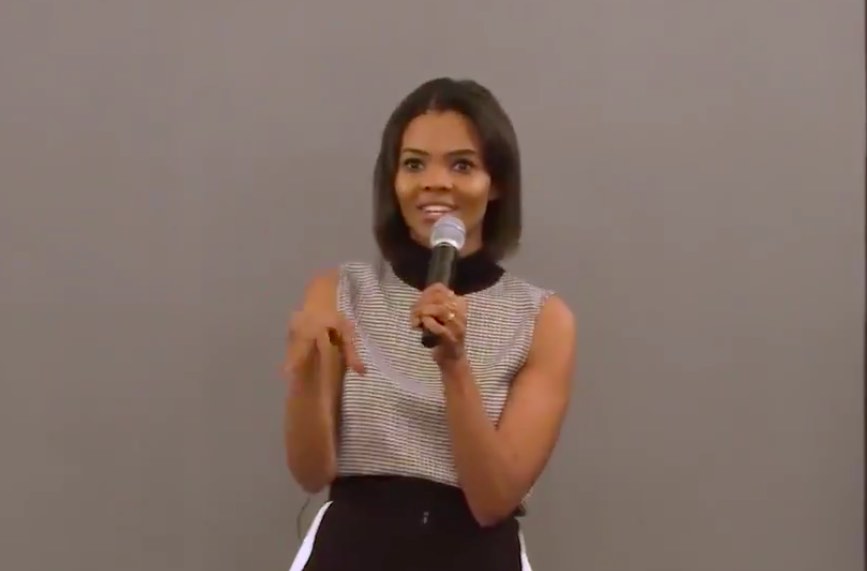 Candace Owens of Turning Point USA, speaking in London: "But if Hitler just wanted to make Germany great and have things run well, OK, fine. The problem is that he wanted, he had dreams outside of Germany. He wanted to globalize.”

Here is video of Candace Owens' full answer on nationalism and Hitler pic.twitter.com/NfBvoH8vQg

Candace Owens is the mouthpiece of Turning Point USA, a political action group closely aligned with Donald Trump and supported by his MAGA fans.

Buzzfeed has more. Definitely read. This is about a Trump-aligned group of conservative nuts who want to export MAGA to the UK. They're working with white supremacists inside the UK who want the same. Who's funding all of this, one wonders?

"If Hitler just wanted to make Germany great and have things run well -- okay fine... so in thinking about how it could go bad down the line, I don't really have an issue with nationalism."??? https://t.co/9iSfFKhbhC

.@stevesilberman’s particular tweet brought two bits of this bizarre Owens statement into focus for me. (a) She criticizes Hitler using a euphemistic identifier that invokes the spooky Jewish cabal and (b) she’s a *communications director*, bring Sean Spicer levels of badness. https://t.co/X1wdgBgm7n

Shorter: Candace Owens: Hitler's final solution was fine for Germany. Too bad he promoted his agenda outside of his home country. I oppose Hitler's globalism. (She, an American, promoting nationalism -- in the UK) https://t.co/wyxGe2oINo

Who underwrites Turning Point and funds this idiocy? https://t.co/qkcZgmn4XM