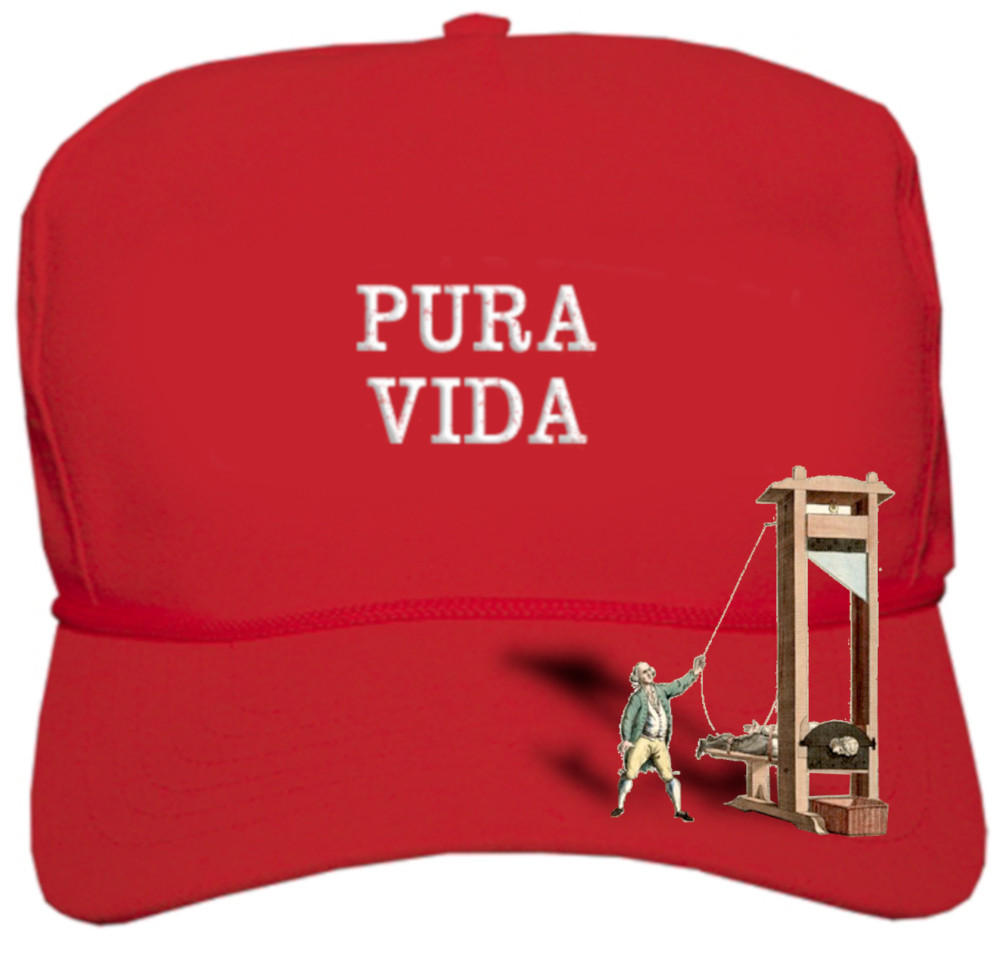 The Washington Post tracked down workers from Santa Teresa de Cajon in Costa Rica, who say that they and their neighbors were part of a "pipeline" from Central America to Trump properties in New Jersey and elsewhere, where they worked doing construction, groundskeeping, and cleaning, with the full knowledge of their supervisors and Trump Organization managers (a claim verified by a police report detailing a warning from local officials to Trump Organization bosses about the number of undocumented workers on Trump's property).

The workers say they were paid about 20% of the local wage for their labor, and that their undocumented status was weaponized against them: Trump managers refused basics like raincoats for outdoor workers during storms, set lawnmowers speeds so high that workers would have to run to keep up with them for hours on end, and, of course, denied them routine workplace necessities like health care, sick days, etc. They describe being verbally abused and threatened by their managers.

The Post also tracks down reports and first-hand accounts of other workers from South and Central America who worked illegally at Trump's properties, who claim that Trump's Bedminster, NJ golf course, the so-called "Summer White House," was built by undocumented immigrants.

The Trump Organization does not belong to E-Verify, a system for verifying the immigration status of workers (Trump falsely claimed that he used the system, but now admits that he does not, and has promised to start while proposing to make doing so mandatory for other employers); nor did they use its predecessors, which have been available to employers since 1997 (other golf course owners do use the system).

The Costa Rican workers say that as construction picked up on Trump's Bedminster, NJ property, they were encouraged by their managers to recruit friends and family from Costa Rica, and that the same managers joked when presented with low-quality fake IDs and obvious lies about workers' names and other details.

Trump and his family have repeatedly stressed that they personally oversee every detail of the construction, outfitting and operation of the businesses that bear their name. In 2011 (shortly after the completion of the Bedminster project) Eric Trump appeared in a promotional video where he denied that Trump was just the face of the operation, continuing "We design every single tee, every fairway. . . . We pick the carpets. We pick the chandeliers. There is not one element of these clubhouses which we don’t know about it. You name it — we’re involved."

There was also seeding, watering, mowing, building the sand traps and driving bulldozers, mini-excavators and loaders — all while they earned about $10 an hour or less, they said.

Around that time, a licensed heavy equipment operator in central New Jersey would have received an average of $51 to $55 per hour in wages and benefits, according to union officials at the International Union of Operating Engineers Local 825 in the nearby town of Springfield.

As the golf course took shape, more hands were needed. Bosses told Zuñiga and his friends to bring workers. The town of Santa Teresa answered the call.

Mariano Quesada, an early greenskeeper at the club from the village, rented out a duplex in Bound Brook to several other Costa Ricans. His wife, Angela, said she would wake up before dawn to cook breakfasts and lunches for as many as 22 people on the Bedminster maintenance staff.

The laborers were coming not only from Santa Teresa de Cajon, but also from other parts of Costa Rica and around Latin America. Before long, so many were working on the course — more than 100, by workers’ estimates — that Zuñiga’s cousin began charging workers for rides to Bedminster. He had two vans in circulation morning and night. When that wasn’t enough, he bought a used school bus, Zuñiga said.

“For me, moving to the U.S. wasn’t a very drastic change,” said Mauricio Garro, 36, who worked in maintenance at the golf course for five years until he returned to Santa Teresa in 2010. “My whole town practically lived there.”

To get a job at Trump National, the Costa Ricans — as well as Guatemalans, Salvadorans and Mexicans who were employed by the club — would purchase fake green cards and Social Security numbers in Bound Brook and neighboring towns.

‘My whole town practically lived there’: From Costa Rica to New Jersey, a pipeline of illegal workers for Trump goes back years [Joshua Partlow, Nick Miroff and David A. Fahrenthold/Washington Post]