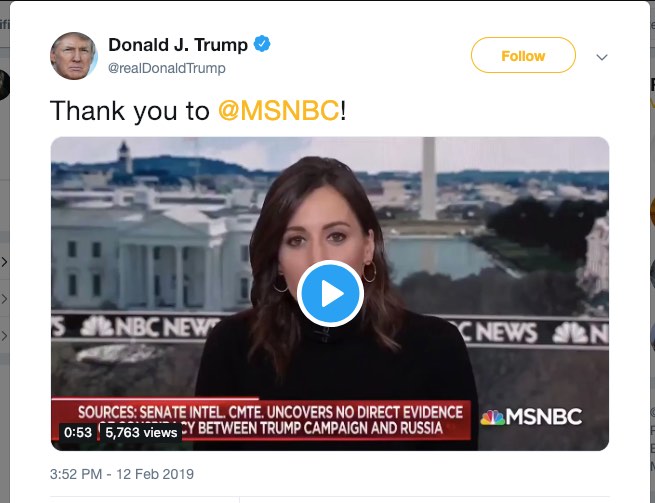 Here's the clip, below.

Of course Trump ran with it.

Thank you to @MSNBC! pic.twitter.com/VdRnirACAz

The story is more complicated.