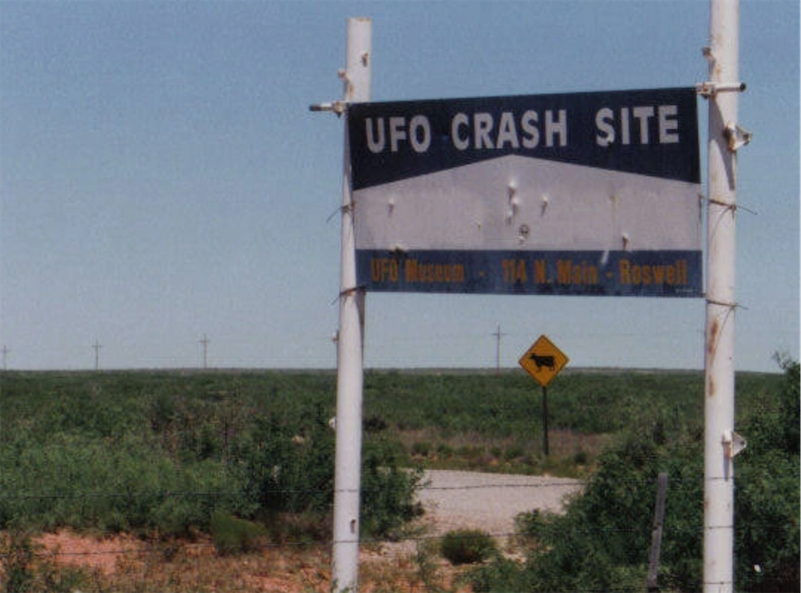 In 1947, an extraterrestrial spacecraft and its crew (or a weather balloon, or a nuclear test surveillance device) crashed on a ranch about 75 miles north of Roswell, New Mexico. That 78 acre property has just changed hands for the first time since the early 1950s when it was purchased by the Bogle family. Dinwiddie Cattle Co. now holds the deed on the legendary site and the still-standing shed where the crash debris was held until the Air Force retrieved it all. From the Roswell Daily Record:

Without a strong personal interest in the UFO connection at this time, (new property owner Tommy) Dinwiddie said he can’t say for sure whether the crash-site property will be made available to the public.

“I just don’t know a whole lot about it,” Dinwiddie said. “The guy who is running the ranch over there for me knows quite a bit about it, and after we kind of get our feet on the ground running it, we will do some more talking about it and figuring out what we want to do.”

The Bogle family hosted tours of the site during the most recent UFO Festival in July, marking the first time that the group provided visitor access during its 66 years of ownership of the land. Prior to that, only researchers or documentary makers were given permission to be on the property.

"Site of alleged 1947 UFO crash changes hands" (via The Anomalist)

conspiracies / roswell / take me to your leader / UFOs / Weird