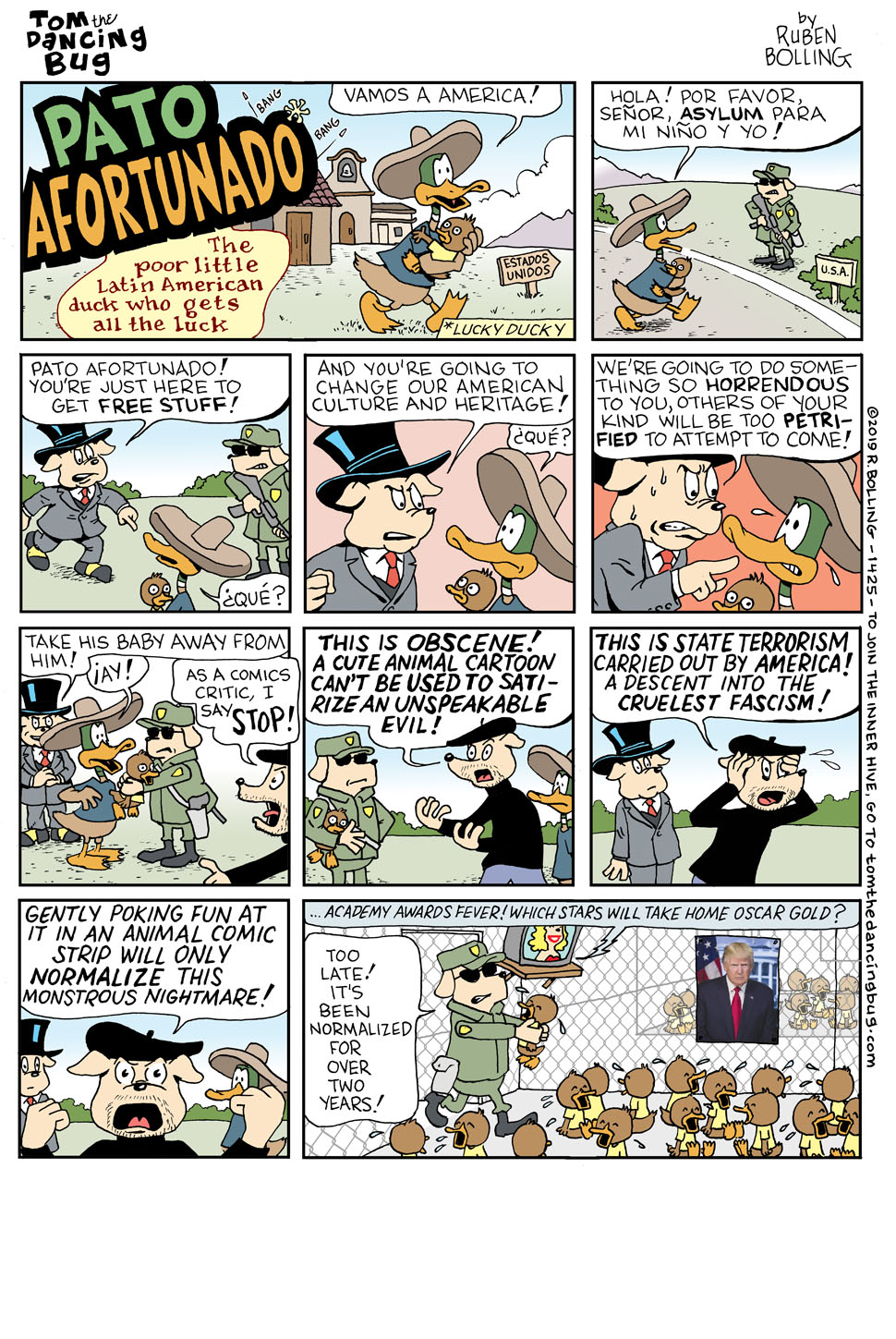 Tom the Dancing Bug, IN WHICH Pato Afortunado migrates to America and normalizing hilarity ensues!

GET information about Tom the Dancing Bug's INNER HIVE here.