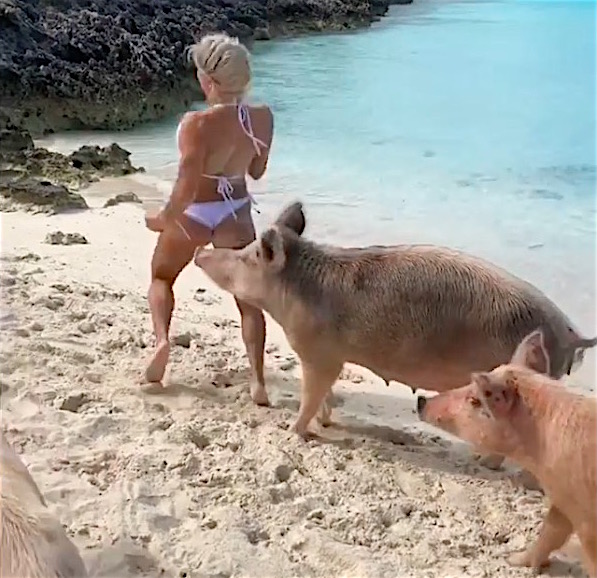 "Fitness influencer" Michelle Lewin was romping around on Pig Beach in the Bahamas when a large wild pig couldn't help itself. It saw her butt cheek and bit it.

Lewin posted the video — which includes a closeup of the bright red bite marks — to her Instagram with a good sense of humor.

3 Brothers-Radio Raheem, Eric Garner And George Floyd. pic.twitter.com/EB0cXQELzE — Spike Lee (@SpikeLeeJoint) June 1, 2020 Spike Lee released the above short film, “3 Brothers,” combining footage of the arrests of George Floyd and Eric Garner, black men who were killed by police, with the scene from his classic movie “Do The Right Thing” (1989) […]