To do on Sunday in NYC: launch party for the Rats of New York's new album 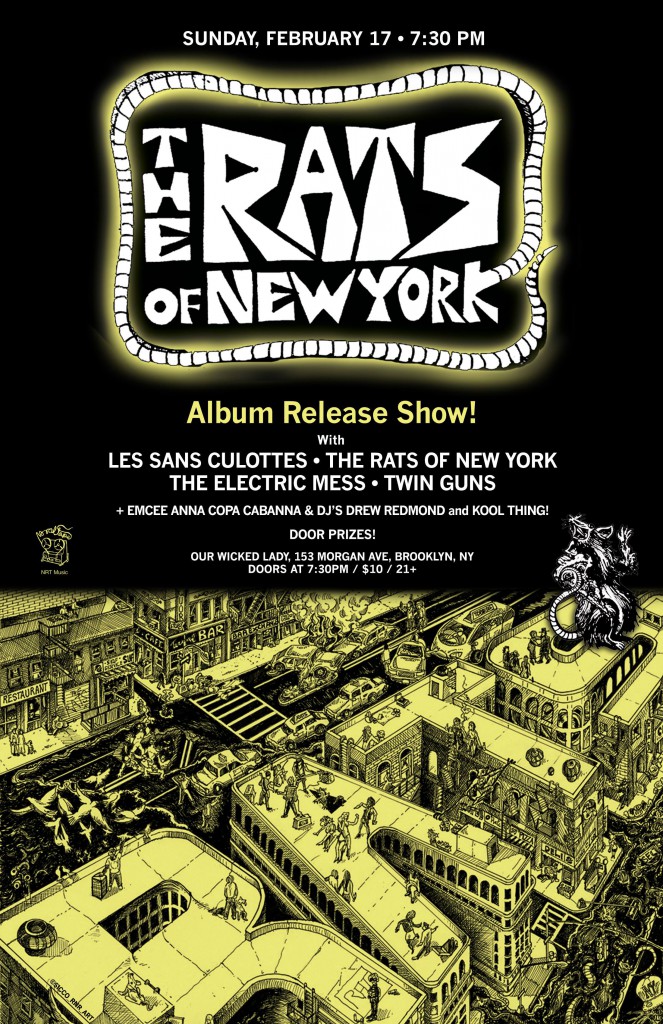 NYC punk band The New York Rats is launching their new album on Sunday: it's a heavy vinyl LP with amazing sleeve art by Andrea Sicco; the album itself is Ramones-y, Husker-Du-ish uptempo punk that I've had on heavy rotation all week: it's 7:30PM on at Our Wicked Lady, 153 Morgan Ave, Brooklyn.