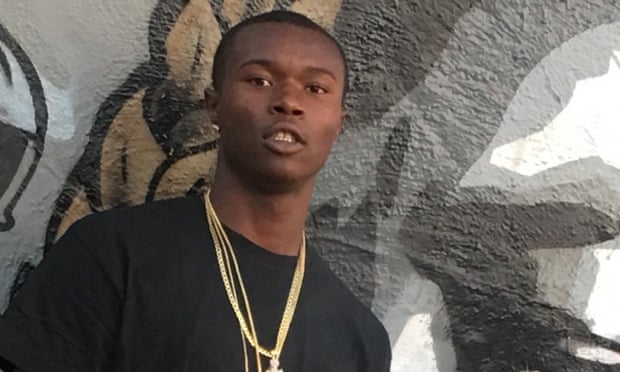 “Overkill is an understatement,” the family’s lawyer said.

In California, a young man was fatally shot by six police officers who found him unresponsive in his car with a gun in his lap.

Willie McCoy was shot about 25 times.

Bullets struck the center of his face and throat, and blew off part of his ear, his family's attorney says.

Willie McCoy was a rapper known in the bay area as Willie Bo. He fell asleep in his Mercedes while going to Taco Bell for a bite to eat, because he was tired from working in his music studio, his family says. He wasn't threatening anyone or harming anyone.

Oakland attorney Melissa Nold, who said she examined the body of Willie McCoy, 20, last week, told NBC News that he also sustained injuries to his shoulders, chest and arm, during the Feb. 9 encounter with six officers.

"Overkill is an understatement," Nold said of his wounds and the number of times he was struck.

A coroner's report has not been released and Vallejo police have declined to comment further during an active investigation.

McCoy — a Bay Area rapper known by his stage name Willie Bo — had been in the recording studio in recent days, his family said. They believe he had gone to the Taco Bell for a bite to eat and was so exhausted that he fell asleep while waiting in the drive-thru.

Employees called police at about 10:30 p.m. when they saw him slumped behind the wheel of the car with the engine running, Vallejo police said in a statement last week.

Nold also called into question the officers' version of events in which they said the doors to McCoy's Mercedes-Benz were locked when they first considered retrieving the gun from his lap before he woke up.

Even if the doors were locked, the front passenger's side window was already broken and had a sheet of plastic covering it, which could have been removed, Nold said. Video of McCoy's car being towed in the aftermath from the scene shows plastic over the open window and several bullet holes in the windshield.

His car was in the drive-thru at Taco Bell when he was killed by police.