This is what a very happy dog looks like 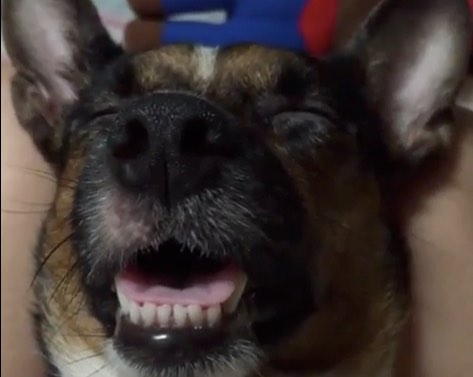 Look into his jowls. You are getting very mellow.

Redditor Veekcore's dog is one content pupper, that much is obvious.