A 46-year-old woman dies, 28 others become ill after eating at a Michelin star restaurant 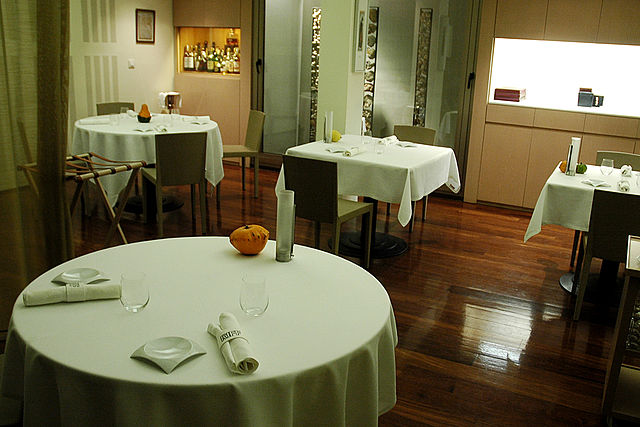 A 46-year-old woman died after eating at a Michelin star restaurant, and 28 others became sick with food poisoning. Morel mushrooms might be the culprit.

The diners had all eaten at RiFF, in Valencia Spain, which "conjures up innovative cuisine," according to Michelin.

According to the BBC, the woman who died had eaten at the restaurant with her husband and 12-year-old son, "both of whom also had diarrhoea and vomiting."

Officials tracked down 75 people who ate at the restaurant between 13 and 16 February, and learned that a total of 29 had suffered food poisoning, including three families.

This included a 46-year-old woman who ate out with her family on Saturday night and died at home in the early hours of Sunday morning...

Some reports have suggested that morel mushrooms may have been to blame, but officials told local media they were waiting for the test results to come back before singling out any particular ingredient.

"Regardless of the reason that may have caused this situation, I want to convey my deep regret for what happened, hoping that soon all these facts can be clarified," Bernd Knöller, RiFF's owner and head chef, said in a statement. The restaurant is closed "until the causes of what happened are established."

Cheapest Michelin-star meal in the world costs a mere $1.50

Most Michelin-starred restaurants are on the pricey side, although you do hear of the occasional food truck that earns a star. But this food cart in Singapore, Hong Kong Soya Sauce Chicken Rice, run by 52-year-old master chef Chan Hon Meng, serves the “cheapest Michelin-starred meal in the world,” at just $1.50. Now, if I […]

Diner "overwhelmed with customers" after Michelin star awarded by mistake

Le Bouche à Oreille is a perfectly decent working class diner in Bourges that’ll feed you a slap-up meal for €10. La Bouche à Oreille, though, is a brilliant €48-course restaurant in Paris. Only one of them should have been awarded a Michelin star, but don’t tell that to the posh sorts descending en masse […]