A pull-out bed made of accordioning paper 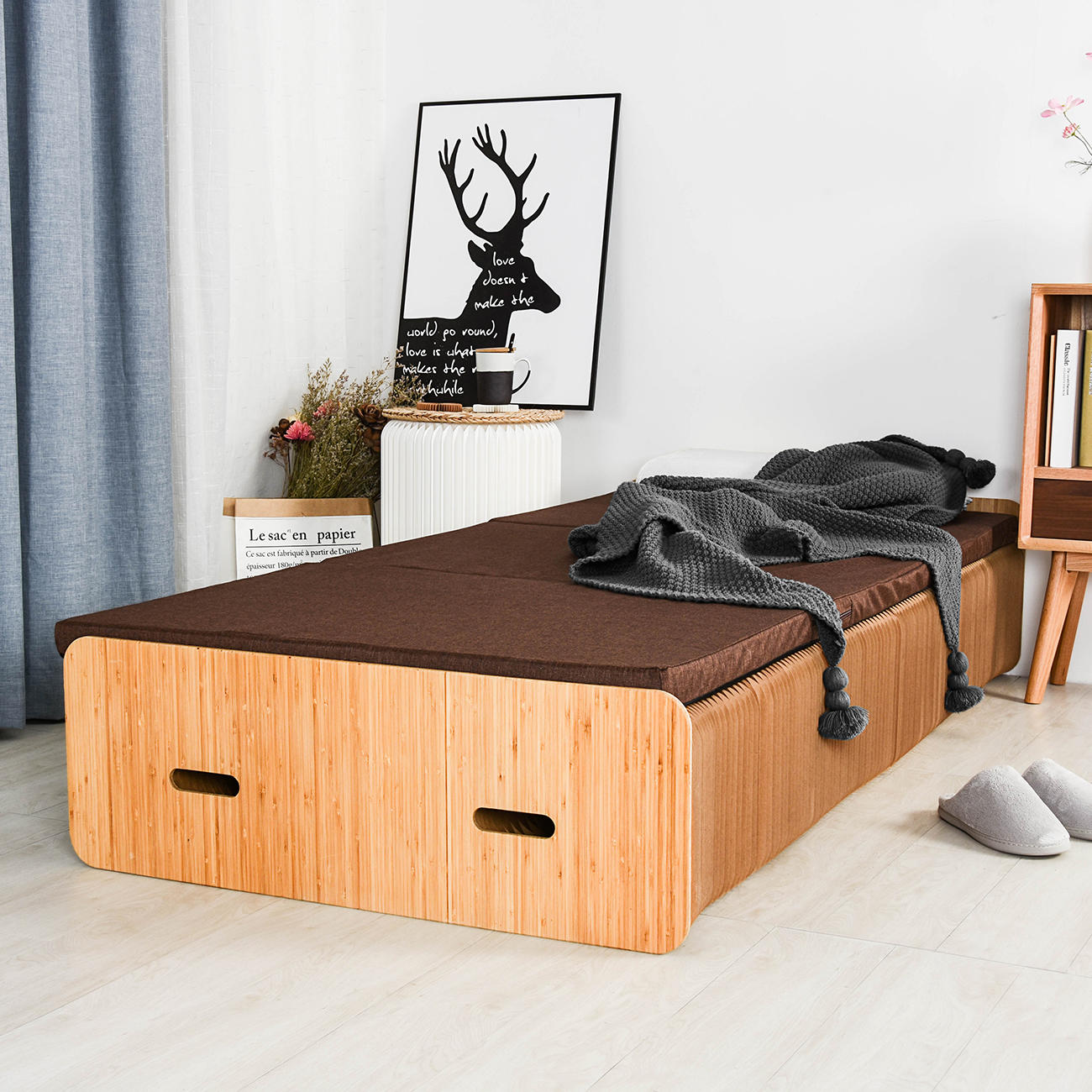 Pro Idee's £369 Paper Bed is made of folds of rigid paper that collapse to a narrow sliver and then expand to 200cm length when needed; the materials are lightweight (total weight, 14.5k) and it can support up to 300kg, and the manufacturer claims it's comfortable, albeit with the addition of a foam pad. (via Yanko Design)