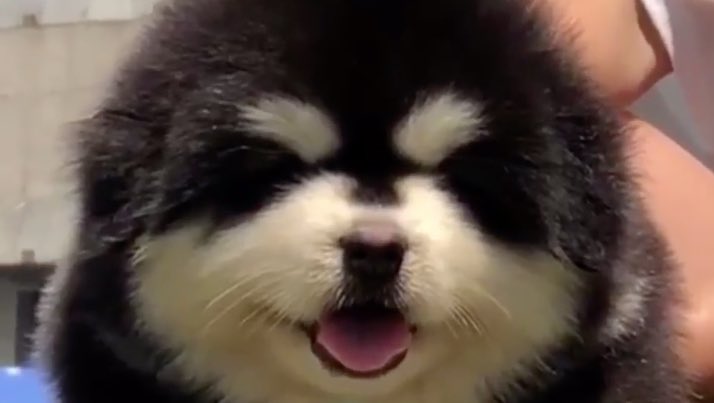 NOTE: Apparently this video of an incredibly adorable malamute pupper is from a dog breeder in Thailand who exports to Asia. I am posting this with the hope they are professional, compassionate, and the dogs are treated well. I support adopting rescue pets, and encourage anyone moved by this video to consider adopting a dog in need, rather than buying a living creature.