Dog rescued from icy river turns out to be wolf 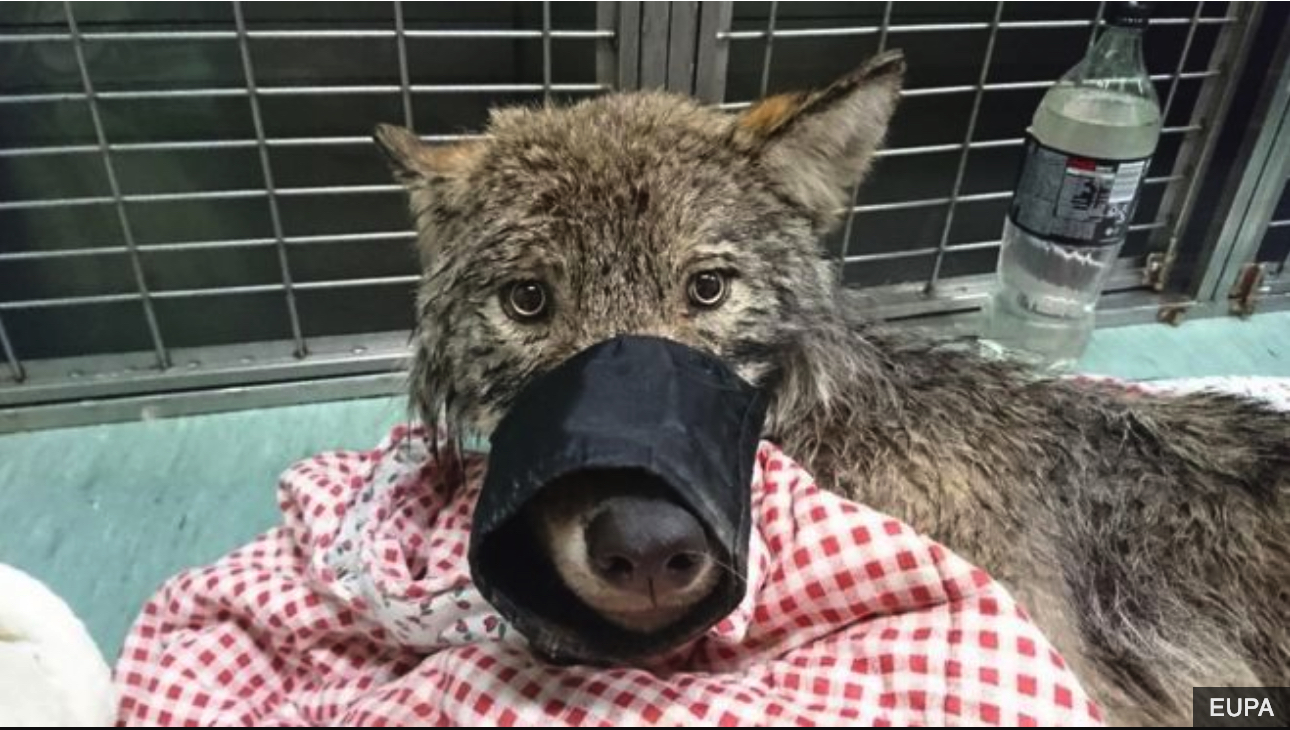 The BBC, citing Estonia's Postimees, reports that workers there "bundled a wild wolf into their car" thinking that it was a dog. In any case, the big fella was in big trouble out in the ice.

Speaking to the Estonian newspaper Postimees, one of the men, Rando Kartsepp, said: "We had to carry him over the slope. He weighed a fair bit. ... He was calm, slept on my legs. When I wanted to stretch them, he raised his head for a moment," he added. ...

The wolf recovered from its brush with death within the day and, after being fitted with a GPS collar by researchers from the national environmental agency, was released back into the wild.

"We are so happy for the outcome of the story, and wish to thank all the participants – especially these men who rescued the wolf and the doctors of the clinic who were not afraid to treat and nurture the wild animal," EUPA said.