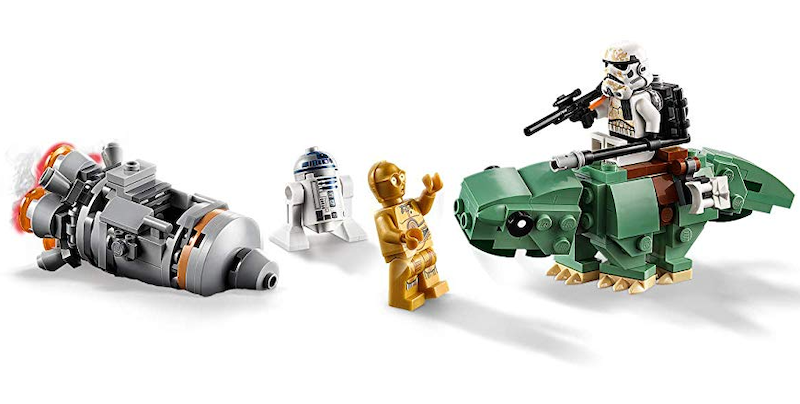 I can not wait to give this small LEGO Star Wars set to my daughter.

The kit includes some great minifigs: R2, C3P0, and a really nice Stormtrooper, however I'm most excited about the escape pod.

At 177 pieces this set will be a short activity for her, but for less than $20 delivered I can't pass it up.