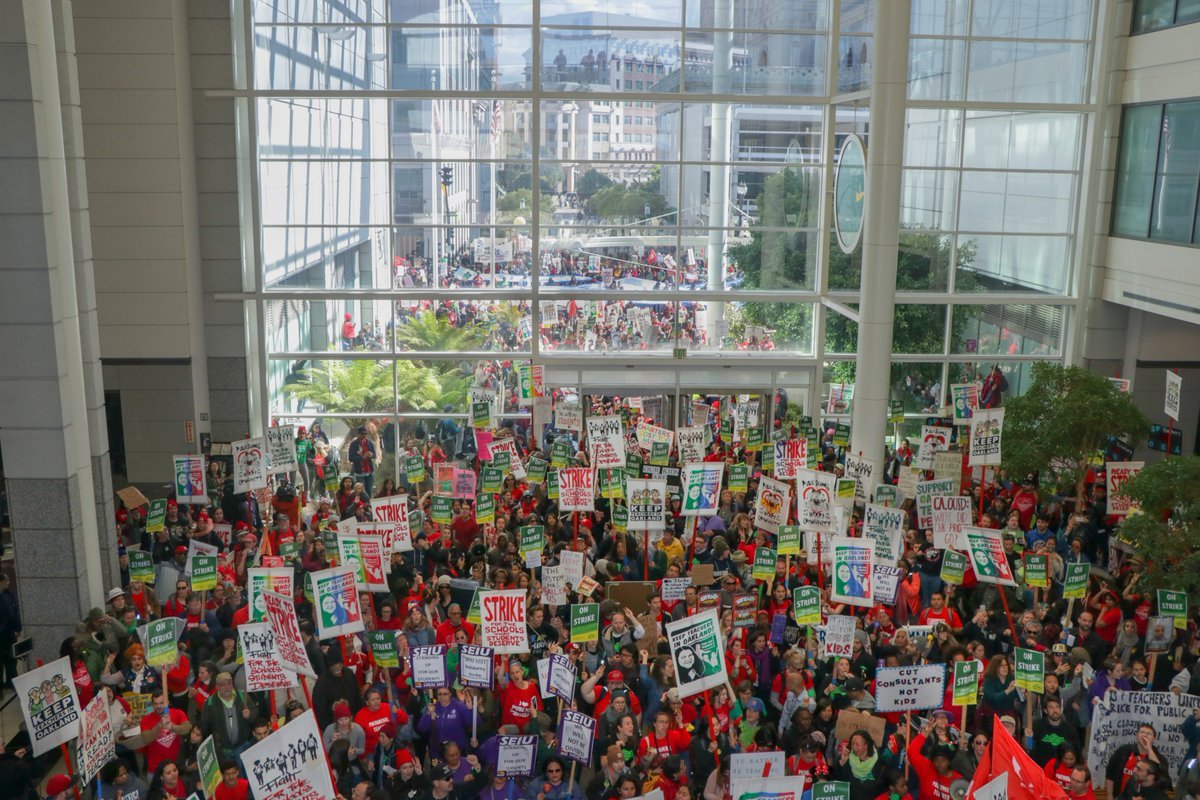 Well, that didn't take long: after seven days on strike, the Oakland teacher's union has received an offer that they say capitulates on every major point at issue in the strike, including the stealth privatization of Oakland schools through vouchers and charter schools.

The rank-and-file still have to ratify the settlement, but after that formality, they're good to go.

It's another moment of brightness and hope, as teachers across America continue their one-year-plus streak of victories for quality public education for every child in the nation.

11% salary increase over 4 years. PLUS a 3% bonus upon ratification. We FORCED OUSD to invest in keeping teachers in Oakland – which will give our kids experienced teachers in their classrooms. Dramatic increases for subs, and tying sub pay to the wage scale, so our substitutes never fall behind again.

SCHOOL CLOSURE MORATORIUM: Board President Aimee Eng has committed to introduce a resolution calling for a 5 month pause on school closures and consolidations, and more community input into the process. The power of our strike will help us organize against future closures!

CHARTER SCHOOL MORATORIUM: Board President Aimee Eng has committed to introduce a resolution calling for a charter school moratorium, similar to the one passed by the LAUSD Board as a result of UTLA’s historic strike. Next step: Sacramento!

WHEN WE STRIKE, WE WIN! [Oakland Education Association]

Folks are getting creative with flyers in this quarantine

My pal Jake has been taking regular “cigar walks” (as he calls them) here in our lovely island city of Alameda, California. On those walks, he started spotting some creative flyers… (I saved the best two for last…) photos by Jake Schaffer, used with permission Thanks, Susie!