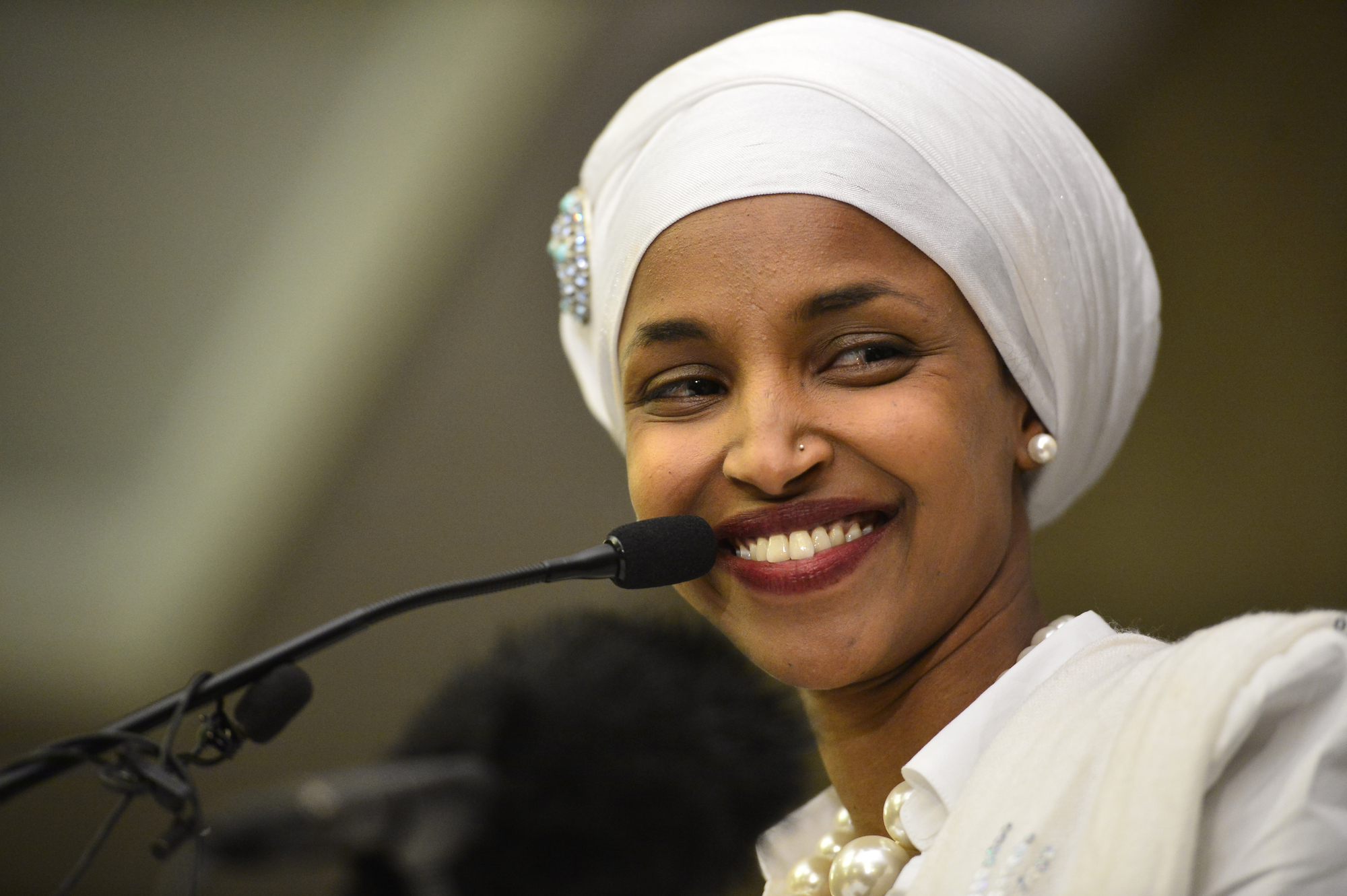 It's West Virginia Republican Party Day at the state's Capitol and Republicans from all across the Mountain State have gathered in Charleston to promote their party's values. Vendors have set up tables throughout the Capitol Building, offering the finest in wingnut lit including this classic from die-hard Islamaphobe Robert Spencer.

One Democrat in particular, Rep. Ilhan Omar of Minnesota is drawing heat of the racist, Islamophobic kind. West Virginia Democrats attending the gathering at the Capitol posted this photo on Facebook.

When confronted, the yet-unnamed woman responsible for the poster seemed to lose all her self-righteous indignation.

Her t-shirt and posters reference ACT for America, a group that calls themselves "the nation's largest grassroots national security organization." ACT for America was designated as a hate group by the Southern Poverty Law Center in 2015.