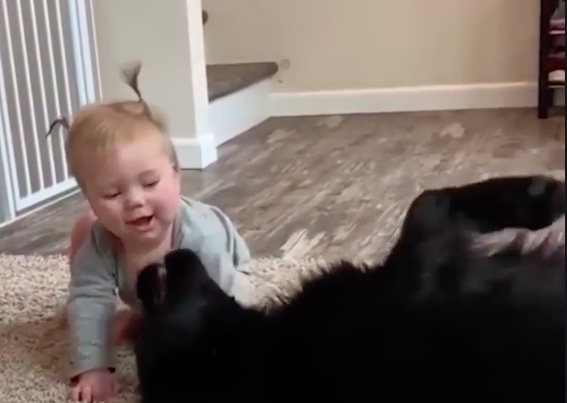 Brutal sneak attack caught on video by IMGURian OctopussSevenTwo, with extra cuteness points for the presence of pigtails!