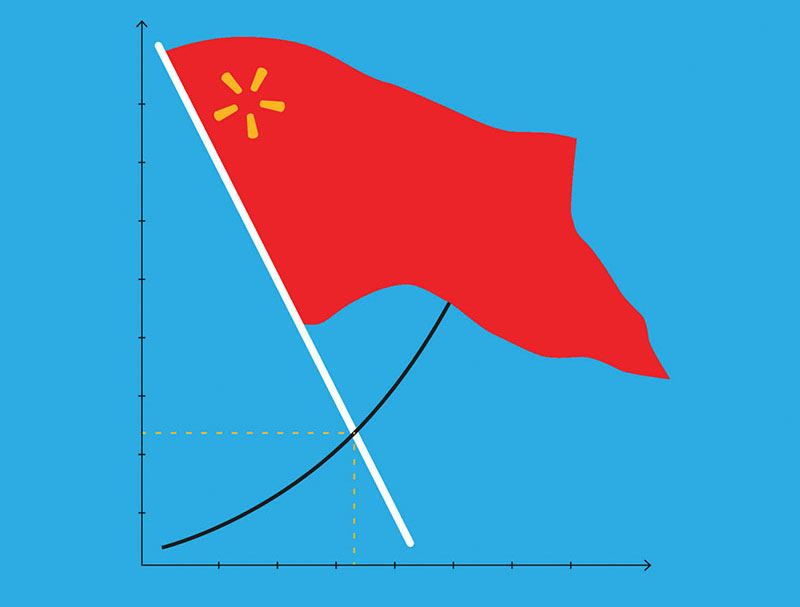 Science writer Leigh Phillips's 2016 book Austerity Ecology and the Collapse-Porn Addicts was one of the most important, angry and inspiring books I read that year, a passionate argument for a high-tech just and sustainable world that celebrated materialism and comfort, rather than calling for a return to a world of three billion people scratching potatoes in the dirt; so when Phillips sent me a manuscript for his new book, The People's Republic of Walmart: How the World's Biggest Corporations are Laying the Foundation for Socialism last year, I dropped everything and read it, and I haven't stopped thinking about it since.

Phillips and his co-author, Canadian labour organiser Michal Rozworski, have outdone themselves with this volume.

The two are addressing themselves to the socialist calculation debate, which raged through Austrian economic circles a century ago, with market-focused economists like Ludwig von Mises arguing that it was technically impossible to calculate an efficient allocation of goods in a large, industrial society, and that markets alone -- as a kind of distributed calculation engine -- could solve the problem of getting goods to the people who could make best use of them.

Von Mises won the argument in the 1920s, but a funny thing happened on the way to the 2020s: we are now surrounded by companies and organisations that within the same order of magnitude as the Soviet economy at its apex, which undertake breathtakingly efficient allocations of goods and resources, and all without markets, running as command economies.

You've heard of these comparable-to-the-Soviet-Union command economies: Amazon. Walmart. The Pentagon. There are many more. Each one is an existence-proof of the idea that markets are not needed for mass-scale allocation. What's more, the counterexamples, like Sears -- which implemented internal markets at the insistence of an ideology-blinded libertarian CEO -- show that markets are much worse at allocating resources than the computational command economies used in other enterprises.

The upshot of this is that to the extent that the Soviet Union was crippled by inefficient allocation, that is no longer the problem it once was. It's that we can imagine something as efficient and convenient as Walmart or Amazon without CEOs, shareholders or exploited workers, bringing all the bounties of late-stage capitalism without its pathologies.

The upshot is that fully automated luxury communism isn't just science fiction: it's a going concern with real evidence on the ground.

Market purists argue that we must tolerate all the evils of markets -- exploitation, inequality, the endangering of our biosphere -- because markets are the only conceivable force that can accomplish efficient allocation in our highly technical world. Deep greens take them at their word and say, fine, let's get rid of technology and return to a kind of agrarian feudalism.

Both of them are buying into Thatcher's maxim that "there is no alternative." But Phillips and Rozworksi are proposing an alternative: bright green, high-tech societies where markets are useful tools for solving the odd problem, but where allocation is primarily accomplished by the preferred means of Jeff Bezos and Sam Walton, but to the benefit of the many, not the few.

It's an audacious and exciting vision, an excellent companion to other Jacobin books like Four Futures, the kind of thing with the power to start a new movement.

The People's Republic of Walmart: How the World's Biggest Corporations are Laying the Foundation for Socialism [Leigh Phillips and Michal Rozworski/Verso (Jacobin)]