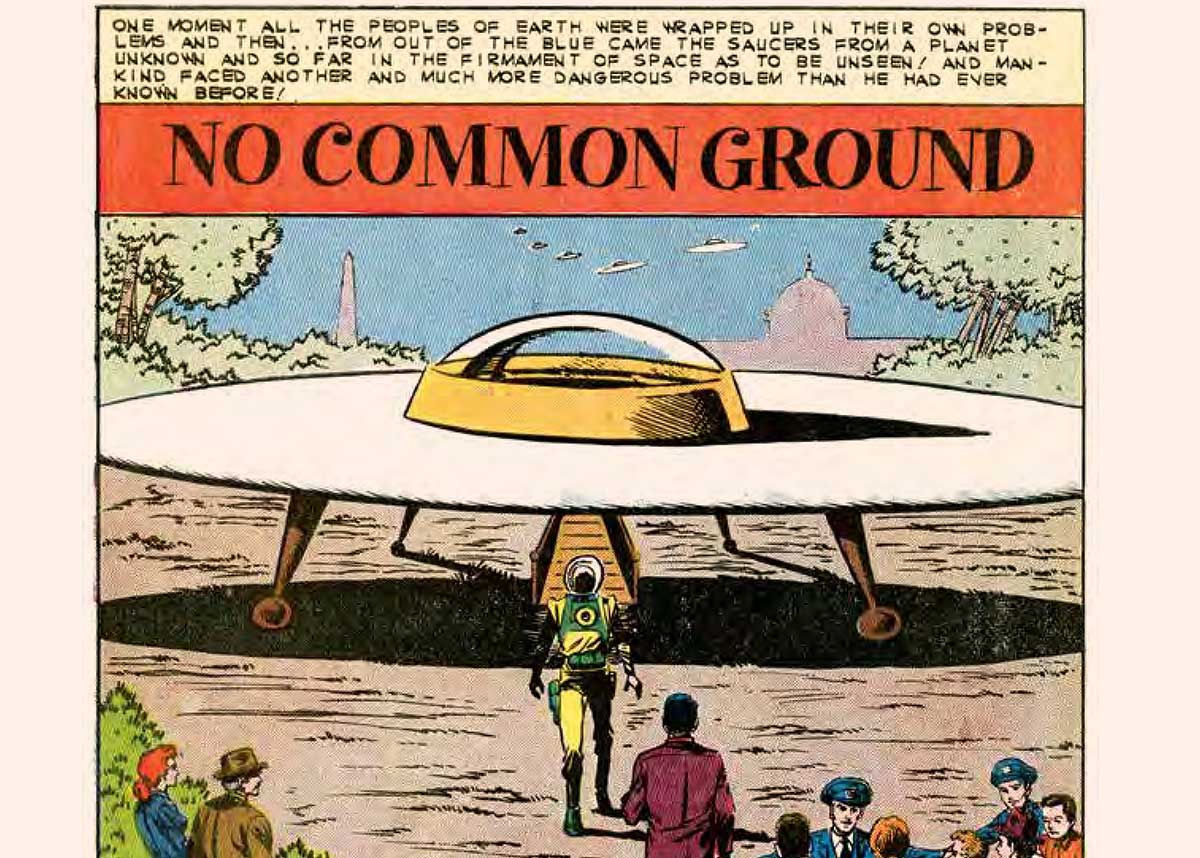 My friend Craig Yoe edited a great anthology of old, forgotten comic book stories, called The Unknown Anti-War Comics. Here's a three-page story from the anthology about a group of intergalactic migrants who seek refuge on Earth and are told they are too different from Earthlings to stay.

Here's a video about The Unknown Anti-War Comics: