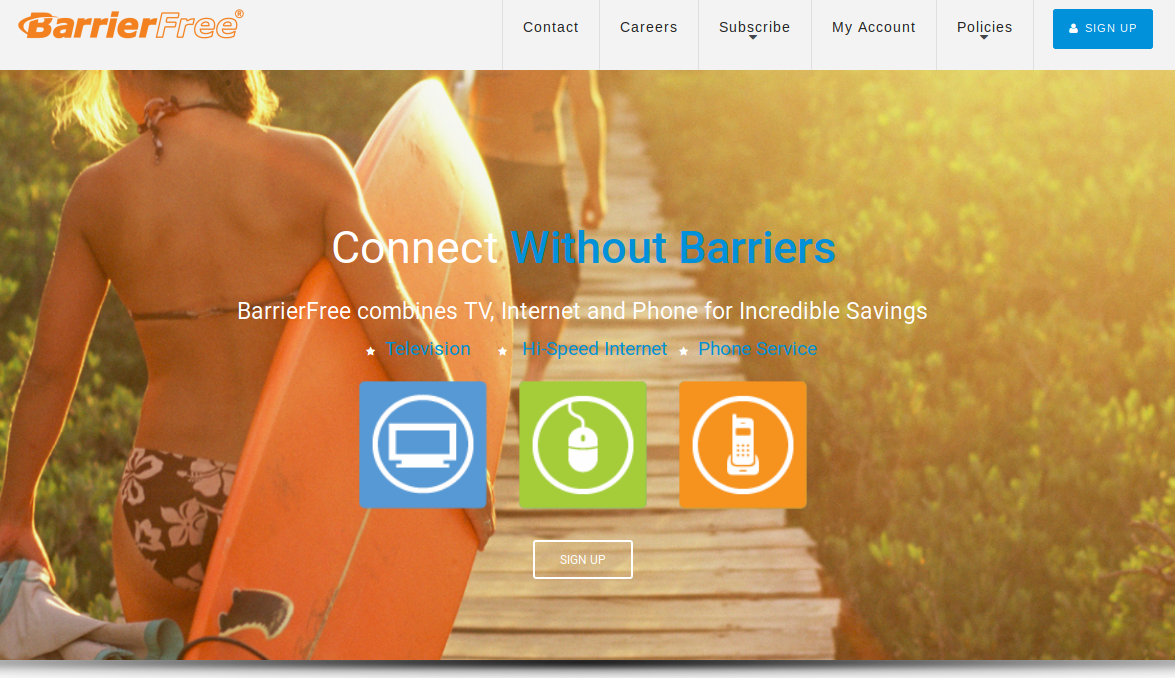 Ever since he killed Net Neutrality with dirty tricks and illegal tactics, Donald Trump's FCC Chairman Ajit Pai has been claiming that his actions had stimulated broadband growth in America, a claim his spokesvillain repeated yesterday in response to Democrats introducing legislation to restore Net Neutrality.

But the data that Pai has touted was badly distorted due to a monumental error (or, less charitably, a massive fraud) by a company called Barrierfree, who seem to have incorrectly completed their their "Form 477" report of broadband availability in a way that vastly overstated the availability of their service, creating an error of such magnitude that it distorted the figures for the whole country.

Barrierfree -- the trading name of the Barrier Communications Corporation -- claimed that it its first year of operation, it had made fixed wireless and fiber service available to 62 million people -- 20% of the population of the USA. In reality, Barrierfree offers a small number of people access to a poky wireless service that caps out at 25mbps.

Companies submitting Form 477 are instructed to enumerate each "census block" where they offer service; Barrierfree appears to have simply reported that service was available in every census block in every state it operates in.

The extent to which this distorts Pai's figures can hardly be overstated: for example, Barrierfree's claims account for 2m of the the 5.6m rural connections that Pai claimed had been made in 2017/8.

More importantly, Barrierfree's entries allowed Pai to avoid a legislative duty -- under Section 706 of the Telecommunications Act -- to intervene if the FCC determines that broadband deployment isn't happening quickly enough.

The incorrect claims by Barrierfree were detected by the nonprofit Free Press, who found it obvious that there was no way that a company like Barrierfree could go from zero availability to deployment serving 62 million people literally overnight.

Free Press filed comments with the FCC this week, and the Democrats on the Commission have urged Pai to investigate their claims.

[F]ixed broadband deployment improvements have been remarkably consistent in recent years. Other than a portion of the rural deployments under the Connect America Fund, and those required by an older merger condition [on AT&T's 2015 purchase of DirecTV], it is questionable whether commission policy during Chairman Pai's tenure has had any impact on broadband deployment. Indeed, despite a once-in-a-generation corporate tax cut, capital spending was down in 2018 at many major ISPs.

This reality is yet one more affirmation that year-to-year changes in carriers' capital spending plans are largely a function of what infrastructures they've already deployed, where they are individually in the technology cycle, and the level of competition they face. The notion that Chairman Pai's actions moved these deployment numbers in any way is wholly unsupported by the evidence, and such grandstanding does not belong in commission reports to Congress.