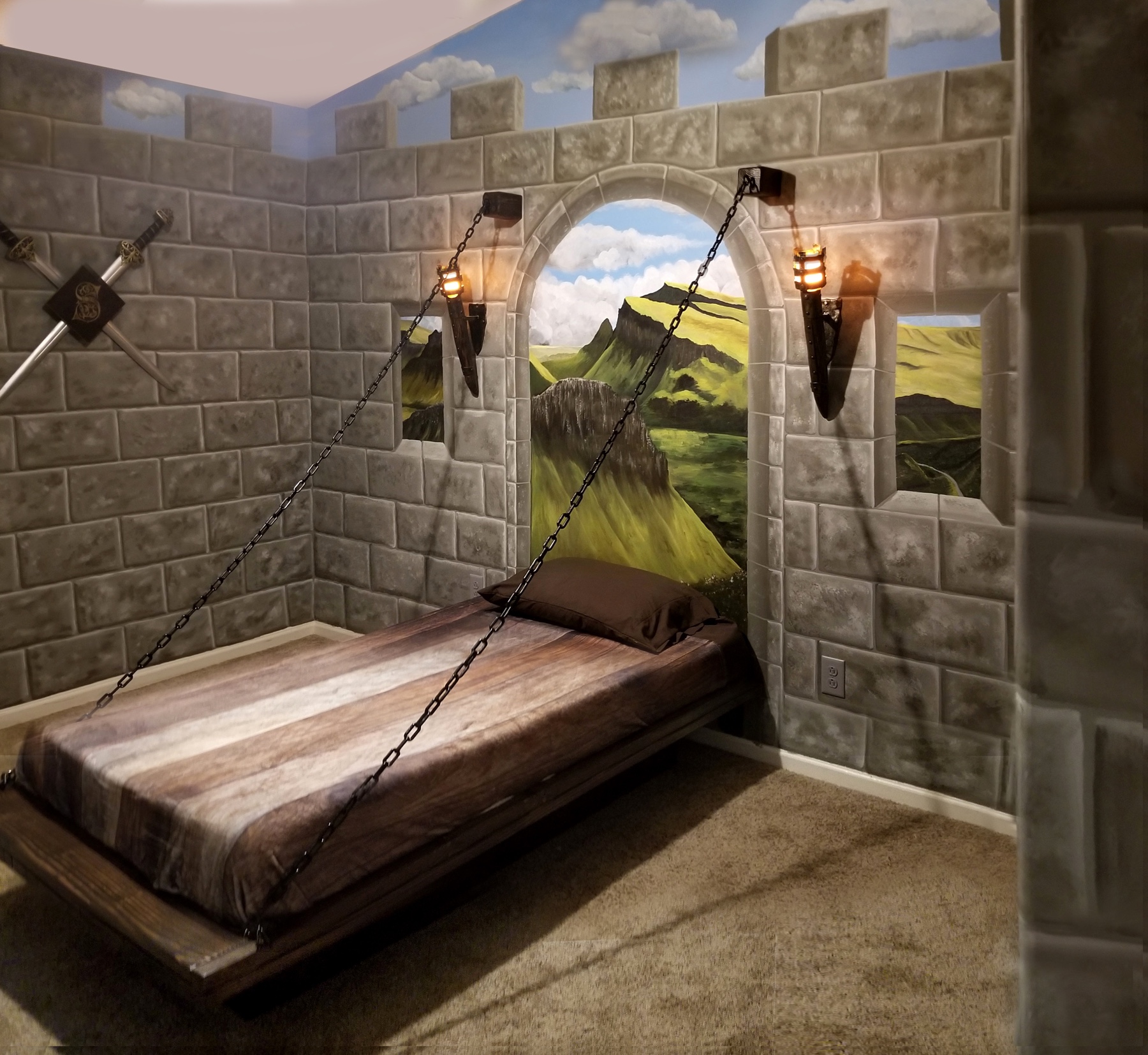 What an amazing DIY castle playroom-bedroom for some seriously lucky grandkids.

About the top image: “Mural and drawbridge bed. Chains are plastic and easily removed as well as breakaway from the top for safety.”

The "curtain" and "stained glass" in the image below? Trompe l'oeil. “All one piece of art printed on fabric.”

Wow. I'm an adult and I seriously want this!

Our DIY Medieval Castle playroom/kids bedroom for our grandkids.