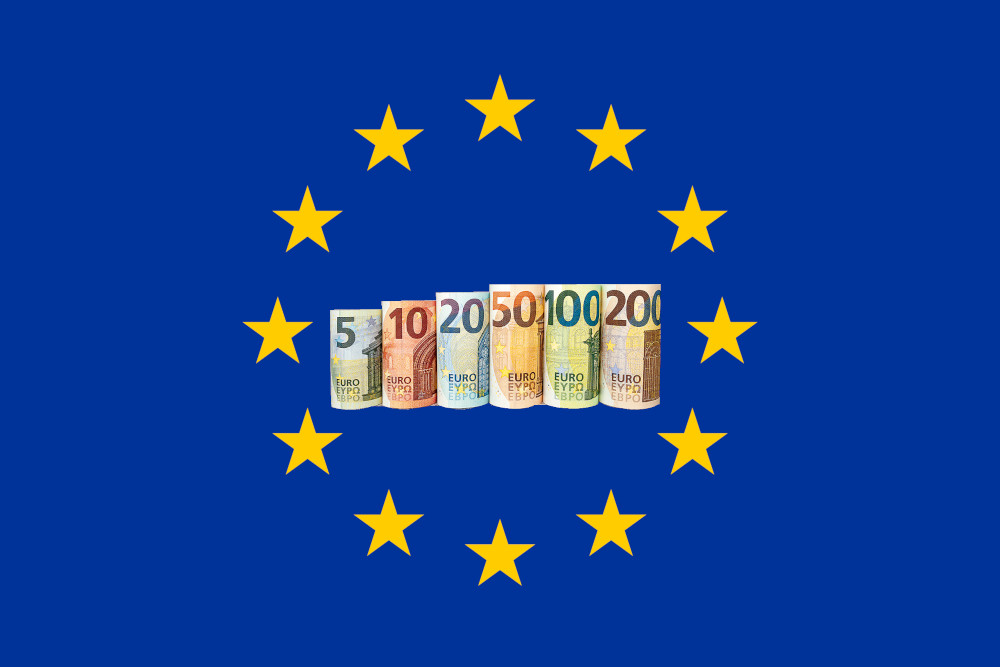 At the end of February, the EU Parliament released a bizarre video "explaining" the Copyright Directive, a controversial and sweeping internet regulation that has inspired more opposition than anything else in EU history.

The video was bananas: almost a parody of pro-Directive talking points that had long been debunked, blended with conspiracy theories about the role of "outsiders" (including me!) in the debate. These conspiracy theories keep getting repeated, and debunked.

You can learn a lot about what your opponents are up to based on what they accuse you of: the Parliament and its corporate allies claim that the anti-Copyright Directive movement is driven by corporate lobbyists, working in the shadows and laundering their influence through front groups: it turns out that there are massive corporate expenditures behind the debate over the Directive, and it's almost all coming from the pro-Directive side.

That also turns out to be the case with the Parliament's conspiracy video: MEP Julia Reda used Parliamentary privilege to force the Parliament to explain how this video came to be, and the answer won't surprise you: it was made by AFP, the giant French media company, who have been lobbying heavily for the Directive.

In other words, the Parliament gave public money to a corporation that stands to make millions from a piece of legislation, and then asked that corporation to make a video that used false statements and hysterical language to discredit the opposition to the law. It's not even lobbying, where a corporation uses the promise of campaign cash and other incentives to get officials on-side: this is public officials paying lobbyists to sway public opinion to win a law that will vastly enrich the corporation the lobbyists represent.

This is incredibly bad, obviously, but also par for the course with this Directive.

Here's the thing: the Directive will be voted on in the week of March 25, and that vote will be virtually the last thing the European Parliament does before its members go home to start campaigning for re-relection in Europe's May elections. They will be fighting for their seats against insurgent anti-EU parties who claim that the EU is a corrupt institution that does the bidding of corporate lobbyists and ignores the people.

If the Parliament gets its way, those Eurosceptic parties will go into the elections with a devastating piece of ammunition: if the European Parliament votes in a law in spite of the largest petition in the history of the human race opposing it; if it passes the law after being directly contacted by millions of concerned voters; if it passes the law after massive, continent-wide street demonstrations opposing it, then the Parliament will have proved Eurosceptics' point for them.

If the Directive passes, it will be an example of the EU willfully ignoring both public will and the best expert advice to serve the narrow interests of a handful of giant media companies, creating a policy that will devastate Europe's hopes for developing its own tech sector, while dooming artists to permanent bondage to a handful of abusive media companies.

I'm not surprised that the Parliament did this terrible, stupid thing. That's been their MO from the start in this debate and it's not even the worst thing they've done so far. But I continue to be amazed at how clumsy and baldfaced they are in their undemocratic, unbecoming activity. If you set out to discredit the European project, you could not do a better job than the Parliament is doing today.

I know now how the @europarl_EN came to publish an extremely biased video for the #copyright reform. The good news, it doesn't look like the administration deliberately tried to manipulate the public debate. What actually happened is equally worrying, though:#SaveyourInternet pic.twitter.com/PfcfGI5xOM

The fact that #AFP paid a lobby agency to influence the #copyright vote last September, particularly to push through #Article11, was uncovered by French magazine La Lettre A last year: https://t.co/6uoLYxfLbM #SaveYourInternet

In August, I showed that #AFP was mixing its lobbying activity for #copyright reform and particularly #Article11 with its news reporting, which should be independent. Making the video for @Europarl_EN is a blatant conflict of interest. https://t.co/SvPtifJObn #SaveYourInternet

In case you missed it, this is the video in question: https://t.co/r7WUwaTR68 #SaveYourInternet