How to make a super-hydrophobic labyrinth game 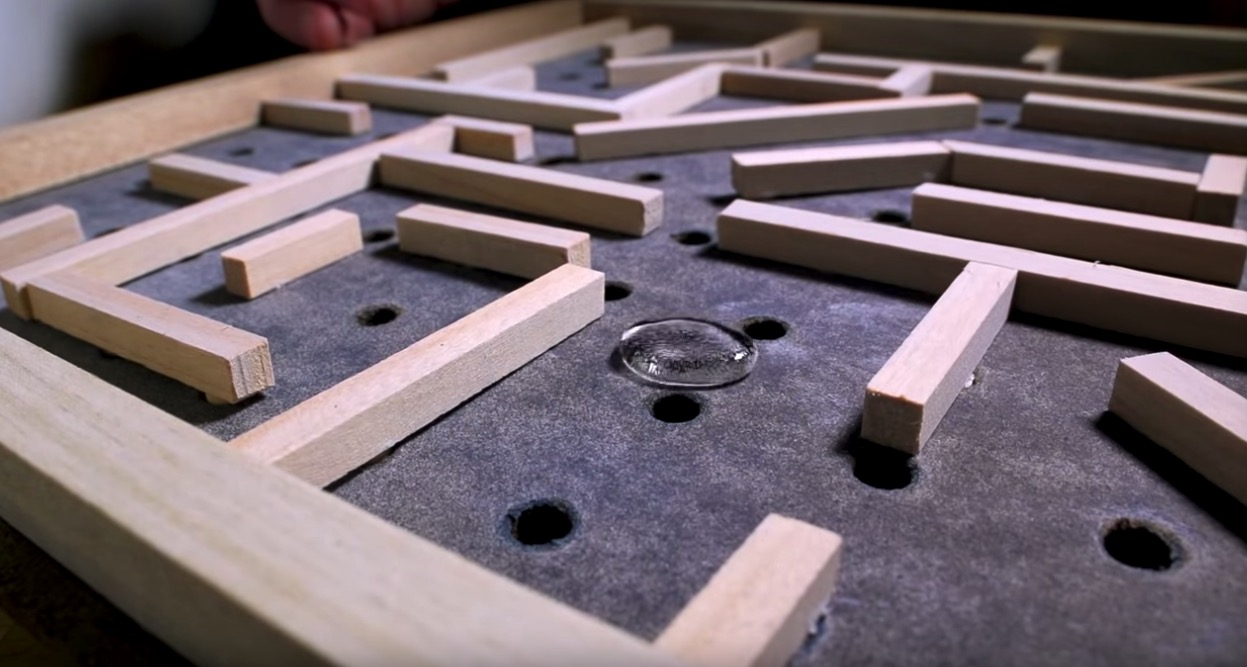 You're probably familiar with the labyrinth game that challenges you to move a steel ball through a wooden maze that has holes to avoid. This guy made a similar maze, but instead of a marble, he used a drop of water and rolled it across a surface coated in hydrophobic paint.