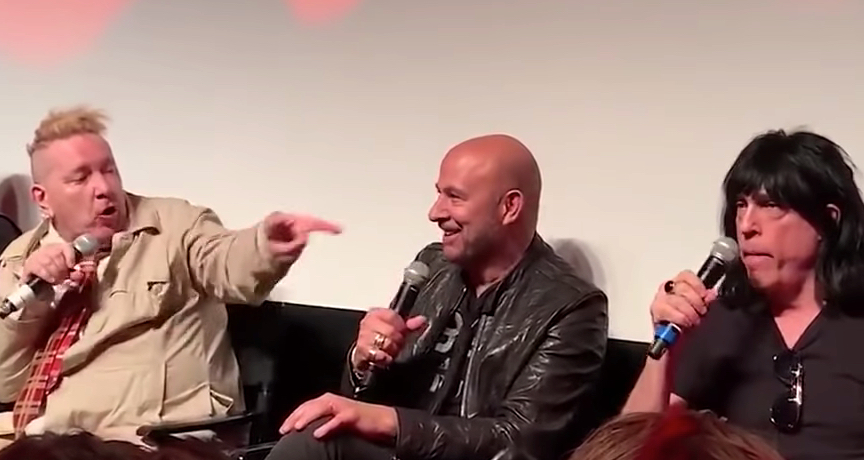 At a panel in West Hollywood last night to promote the new documentary series Punk, John Lydon gave a wonderful performance as Johnny Rotten in which he talked trash to both Henry Rollins and Marky Ramone. Highlights above and below. Please forgive the annoying auto-play. Also on the panel were Duff McKagan (Guns 'n' Roses), Donita Sparks (L7), and Punk producer/fashion designer John Varvatos. From Rolling Stone:

“...You called Black Flag a bunch of suburban rich kids and we wanted to tear your ears off,” Rollins said (to Lydon.

After (Marky Ramone) spoke to how the Ramones blazed a trail for punk in New York and took that to London, Lydon said that he was “not even an original Ramone.” “But I did the Blank Generation album with Richard Hell, and you took his image,” Ramone replied. “All you guys took Richard Hell’s image. That’s all you did.”

“And you’re still covering your fucking ears,” Lydon said, grimacing that he’d gotten a rise out of the drummer.

"And Sid Vicious was the star,” Ramone said, prompting Lydon to smile and stick his tongue out. “That’s right, he was,” Lydon replied. “He was the star for asshole fake idiots like you. Enjoy your drugs and fuckin’ have a happy death.”