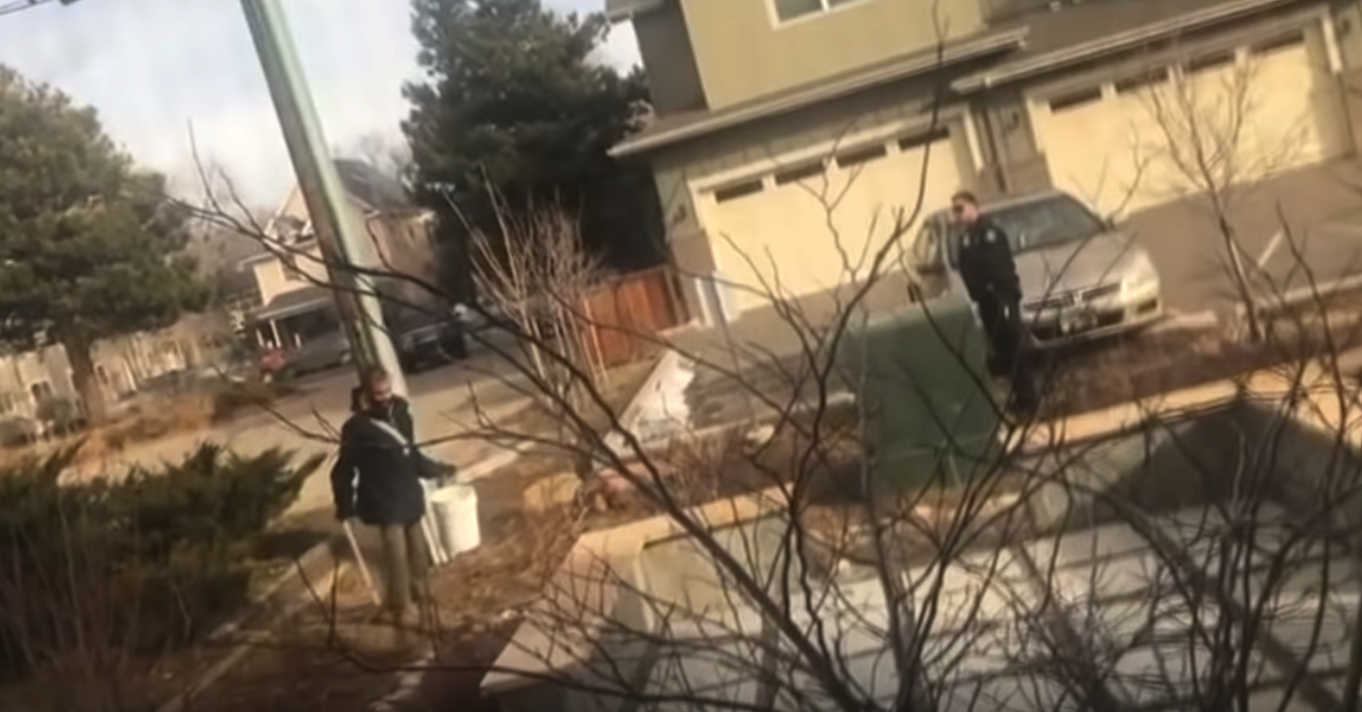 Police in Boulder, Colorado, drew their guns on a black man who was picking up trash on his own lawn. The first responder suggests that the man's trash grabber is a weapon; more cops soon arrive to escalate the confrontation, with eight eventually surrounding him in his own yard. The victim's housemate, Vanardo Merchant, took video and made sure the officers knew they were being filmed.

“You’re on my property with a gun in your hand, threatening to shoot me, because I’m picking up trash,” the man says. “I don’t have a weapon! This is a bucket, this is a clamp.”

“I’m not sitting down and you can’t make me,” the man says as additional officers arrive. “This is my property, this is my house — I live here.”

Check out officer cool dude here, relaxing with his shades and very eager to tase a man.

Another circled him while holding a shotgun the way Prince Charles holds a newspaper.

UK cop filmed threatening to "make something up" to arrest man

A police officer in Lancashire, England, was filmed threatening to falsify charges when challenged on why he was detaining a man: “I’ll lock you up…. We’ll make something up… who are they going to believe, me or you?” The BBC reports that the Lancashire force will apologize to the man and will investigate the unnamed […]

Cop arrested on felony warrant has uniform cut off with scissors

According to studies in the early 1990s, up to 40% of police officer families experienced domestic violence, a figure that includes officers themselves. Recent studies focusing on officers’ behavior suggest a far higher rate of abuse than the general population, exacerbated by underrporting and favorable treatment by colleagues in law enforcement. Officer Jeffrey Wharton, however, […]