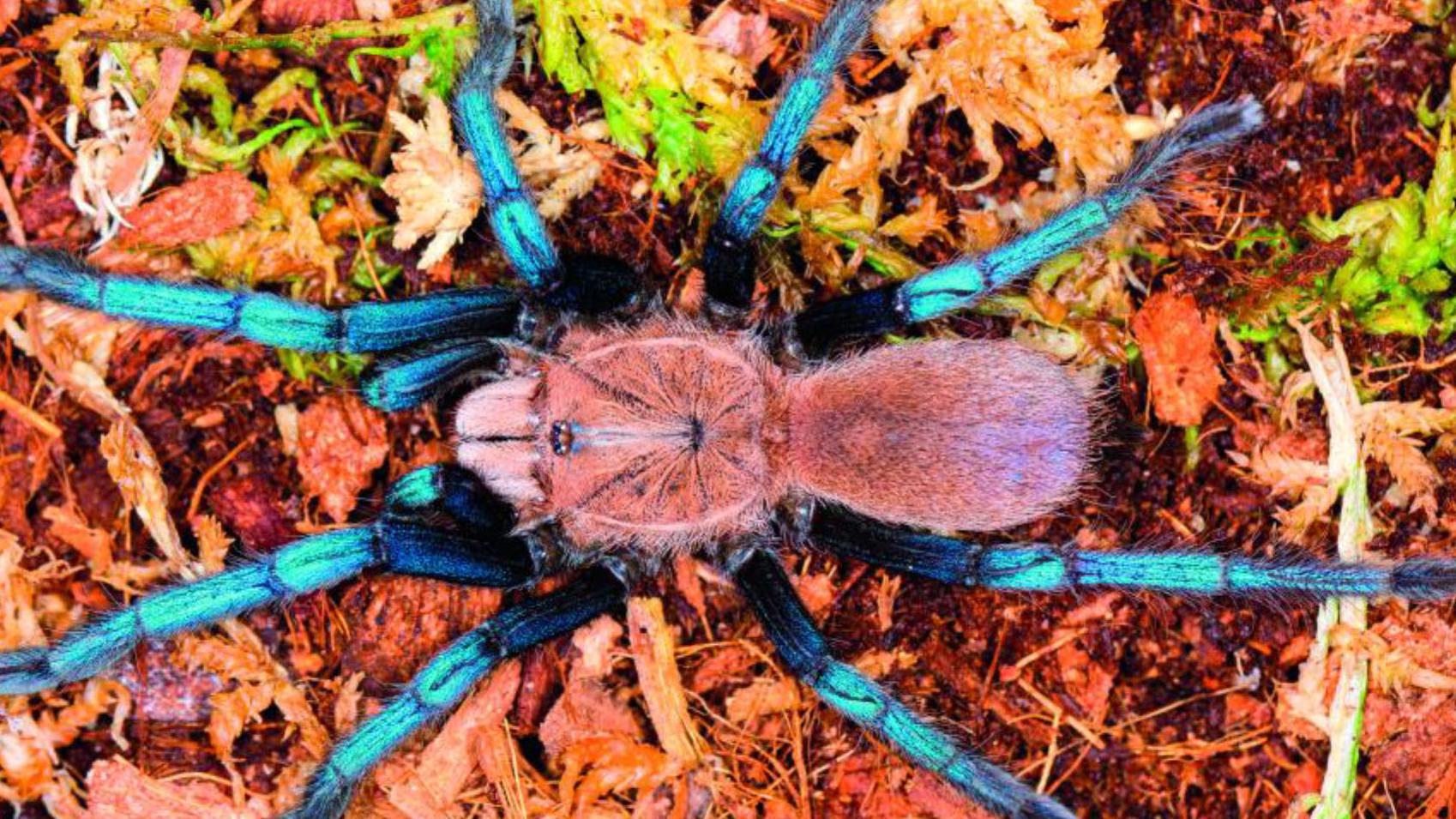 This photo, courtesy of the British Tarantula Society, shows the recently-discovered burrow-dwelling spider [Birupes simoroxigorum] in its full glory.

It's been described as the most beautiful spider (more via Metafilter) but not without controversy.