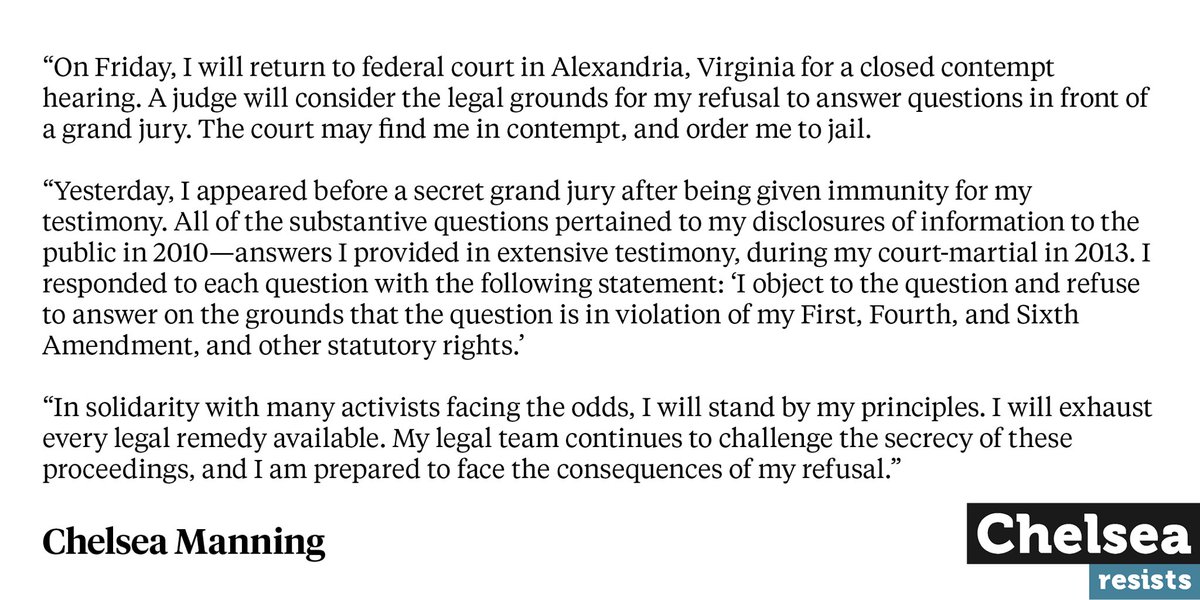 Last week, Chelsea Manning announced that she would fight a subpoena to appear before a Grand Jury and testify about her whistleblowing activities, citing her concern that "testimony before grand juries is secret, grand juries can create fear by suggesting that some members of a political community may be secretly cooperating with the government. In this way, grand juries can seed suspicion and fear in activist communities."

This morning, a federal judge held her in contempt of court and has jailed her until she apologizes and complies, or until "the end of the life of the grand jury."

Manning was tortured by the US military for her whistleblowing activities and was facing decades in prison when Obama commuted her sentence; her previous incarceration resulted in at least one suicide attempt.

Hang in there, Chelsea.

Here's how to contribute to Manning's legal defense fund. I am a donor.