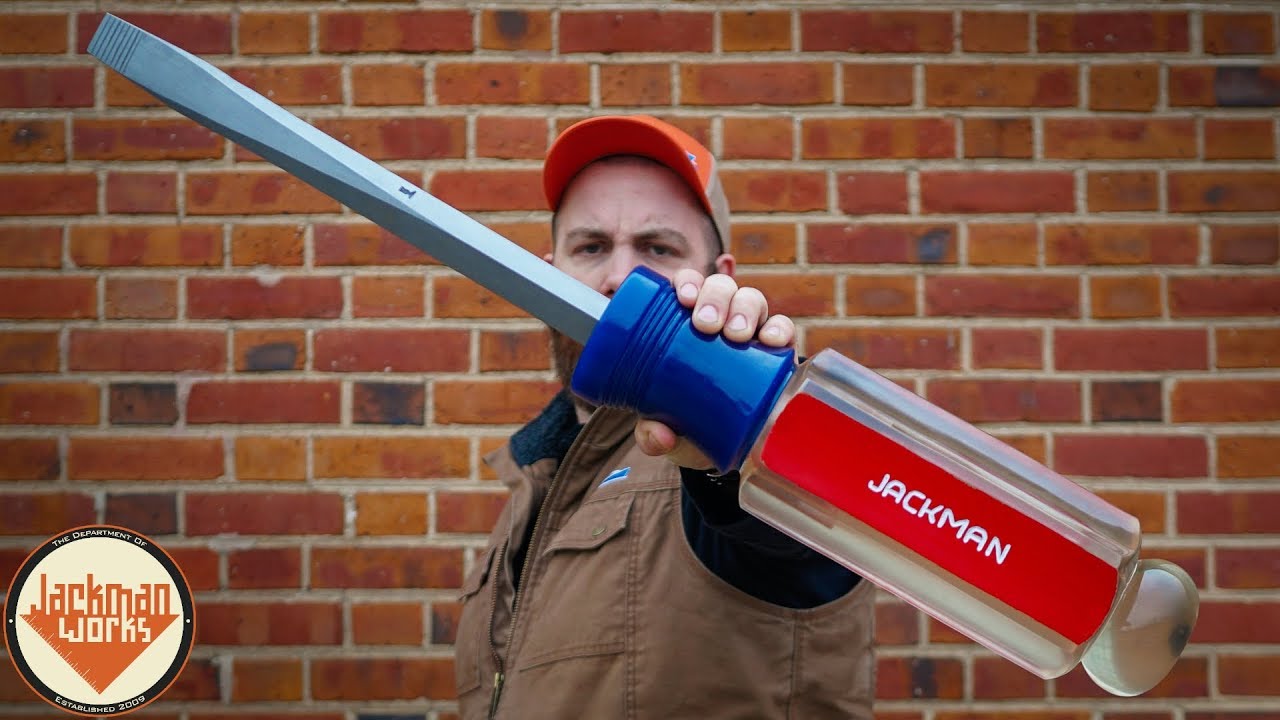 This epic Giant Epoxy Resin Handle Screwdriver “making of” video is really something to behold. Jackman Works has outdone himself.

Watch the video, below. he's fun on camera.

Hope he makes lots more. Here, he explains the inspiration behind this truly painstaking process to make a gigantic replica of the beloved, partly transparent screwdriver everyone and their parents grew up with:

Everyone seems to remember the classic Craftsman screwdriver, it's an icon filled with nostalgia. This is something my father had in his toolbox and so did his father, so I wanted to make a nod towards that in my own way. I recreated the screwdriver perfectly scaled up 4x just in case I come across any massive paint cans that need to be opened or bridges that need to be repaired. The handle is made entirely from a solid pour of epoxy resin. Why epoxy resin? Because it's impractical, it's right on brand for me. It took some clever engineering to make it happen, but it worked out perfectly and made the build process acceptable after you look past all of the sanding. The blade/shaft/bit or whatever you want to call it, was forged by a friend of mine (ZH Fabrications) from some 1" bar stock with his blacksmithing talents. This one was quite the adventure, so strap in and be sure not to miss the full build video on YouTube!