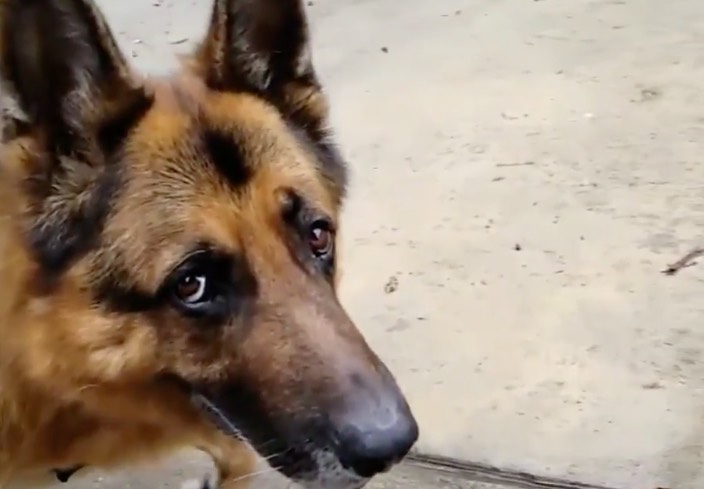 Such a loving gaze from this German Shepherd to their owner, who's rolling video.

Dogbert is rolling, too.

Watch it all the way to the end.