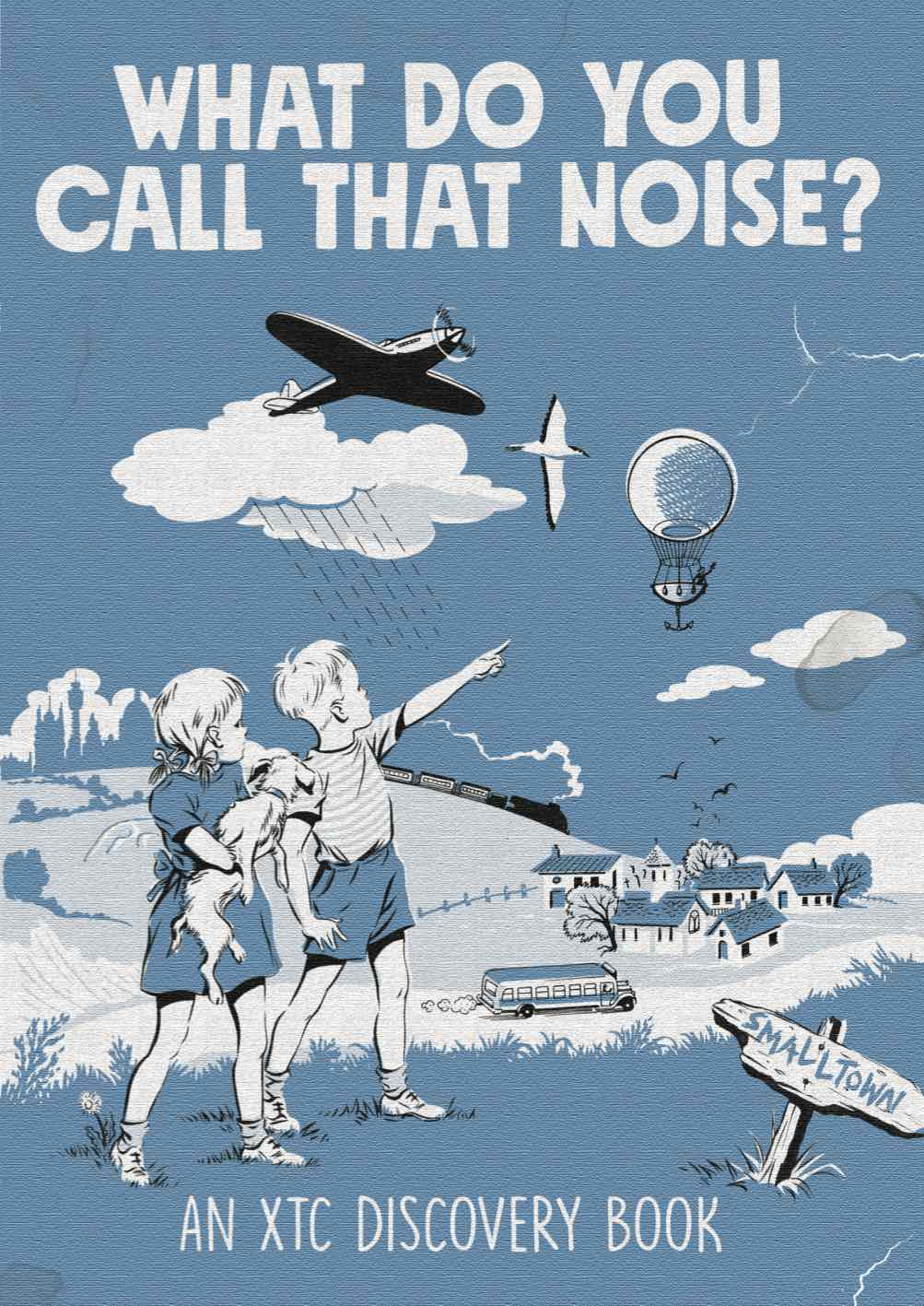 Also included are a piece on drummers breaking down some of Terry Chambers more brilliant moments, members of XTC tribute bands around the world talking about their music, a cultural studies professor on the genius of Colin Moulding's lyrics, a piece about a German YouTuber who's covering his way through the XTC catalog, and the (apparently) obligatory photo tour of Swindon, England (the band's beloved home town). An "XTC Discovery Book" to be sure.

The brilliant cover art, by Mark Thomas, sets the tone for the entire book. It's fun to try and figure out how many XTC songs you can find referenced within the image.