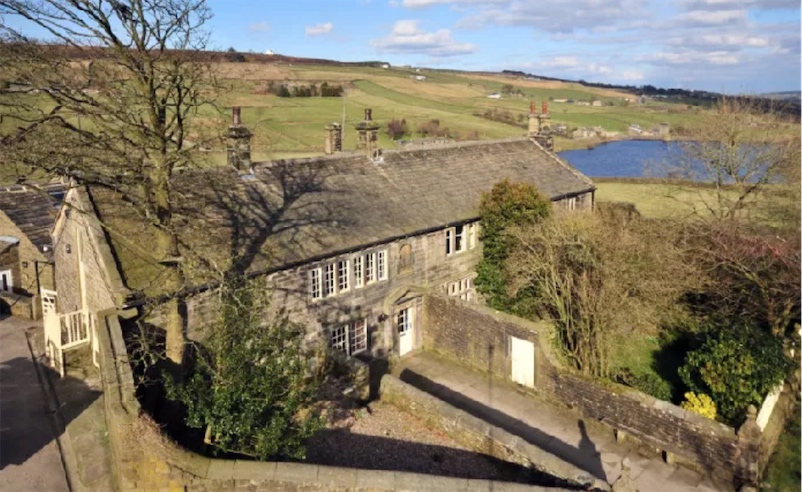 Ponden Hall, a nine bedroom house in Stanbury, West Yorkshire, England, is considered to be the inspiration for Emily Brontë's Wuthering Heights and sister Anne's Wildfell Hall. The Brontës spent a great deal of time on the property in the early 1800s. Now it could be yours. Current owner and Brontë superfan Julie Akhurst and her husband have put it on the market for £1.25m. In their twenty years of ownership, they've completed a major, yet careful, renovation and opened it as a B&B for other Brontë geeks. From the Yorkshire Post:

The most popular B&B room at Ponden Hall is the Earnshaw room. It features a tiny east gable window that exactly fits Emily Brontë’s description in Wuthering Heights of Cathy’s ghost scratching furiously at the glass trying to get in...

“We think that Emily based that scene on this room because old documents relating to the house describe a box bed in a room across from the library and you can see where it was bolted to the wall by the window. It is just how it is described in Wuthering Heights.

“Plus the date plaque above the main entrance identifies the hall as being rebuilt in 1801 and Emily’s story starts with that exact date,” says Julie who has had a replica box bed made for the room.